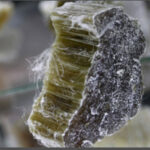 A $40 million lawsuit claims that managers of a Southwest Portland apartment complex endangered employees by exposing them to asbestos even though construction crews had warned that the cancer-causing fibers were present.

The suit was filed Monday by two former employees of Tandem Property Management. They claim they were fired in retaliation for knowing about the alleged asbestos “cover-up” at the Commons at Sylvan Highlands apartments.

The complex is at 1380 S.W. 66th Ave., and spans multiple buildings.  It’s unclear how many people live there. A lawyer for the plaintiffs said he doesn’t think residents have been notified that they also may have been exposed to asbestos.

The lawsuit claims that after crews remodeling five vacant apartment units discovered what appeared to be asbestos in May, the company’s president was furious. He visited the site, “yelling that there was no asbestos and that they all needed to get back to work,” the suit says.

Three of the workers were removed from the job and within a few days were fired because management thought “they were ‘loose cannons’ that might call the Oregon Occupational Safety and Health Administration (OSHA) about the potential asbestos,” the suit says.

In June, the suit says, management directed a new crew to carry debris through the building’s halls and down its elevator. After the new crew discovered what appeared to be asbestos, someone on the crew had a sample tested and the results came back as containing the tiny, dangerous fibers, the lawsuit alleges.

The crew notified management, but the next day, management told two employees to remove the asbestos-laden sheetrock without proper protective gear or training, the suit claims.

Michael Fuller, a Portland attorney who filed the lawsuit, represents Khataun Thompson, an apartment groundskeeper who was asked to work on one of the renovation teams. The suit alleges that management removed him from the project and ultimately fired him in July because of his knowledge and because of his race. Thompson is black.

Thompson filed an OSHA complaint about the asbestos, the suit states. An OSHA spokesman couldn’t immediately be reached for more information.

Fuller also is representing Thompson’s fiancee, Alyssa DeWeese, a leasing agent who contends she was fired in July as retaliation after she found out about the asbestos.

Asbestos has long been a known carcinogen believed to be so dangerous that even brief exposures can develop into life-threatening diseases decades later. Public pressure has mounted in recent years to tighten controls, and government regulations outline specific procedures for properly removing asbestos. The process can be time-consuming and expensive.

In 2012, developer Daniel Desler was convicted for negligently releasing asbestos into the air as he tried to redevelop an old sawmill in Sweet Home into a housing development.

In 2015, real estate agent Bill Gaffney was convicted of recklessly endangering others after hiring untrained day laborers to remove asbestos-laden materials from a Southeast house he was remodeling.