An Environmental Consultant is a professional who can identify the causes of poor indoor air quality – even when problems seem vague or unrelated to visible causes. The Environmental Consultant is trained to see a building the way a general practitioner sees the body of his patient – as an organic whole with dozens of inter-related systems contributing to overall health. In order to diagnose the patient properly, the Consultant must be able to gather and interpret data from various systems operating in a building. His experience and training must therefore come from a wide range of disciplines.

An exaggerated or inappropriate immune response initiated by exposures to antigens such as mold spores, pollen, or certain drugs and foods

A sieve-type air sampling device that uses a vacuum pump to draw air through a radial pattern of 300 small holes, impacting particles in each of the small streams of air onto the surface of microbial growth medium.

This group consists of yeasts, cup fungi, morels and plant pathogens. They reproduce sexually by cellular and nuclear fusion and form ascospores produced inside an ascus (a sac in ascomycetes in which sexual spores are formed). Asexual reproduction is by conidia, which are produced on a phenomenal range of different kinds of structures. The form of these structures and the way the spores are produced are used in the naming of these fungi.

The hyphae have numerous septa. They are generally inhabitants of soil but may be found in freshwater and marine habitats. Both sexual and asexual spores are abundant in air. Most of the fungi that are common indoors are asexual stages of Ascomycetes. Some of these are readily identified on spore trap slides. Others require culture and examination of spore-bearing structures for identification.

a group of diseases caused by the fungus Aspergillus; affected tissues may include lungs, bronchial airways, sinus cavities, ears, and eyes.

An immediate hypersensitivity (allergy) resulting in respiratory symptoms such as wheezing, coughing, shortness of breath, and a feeling of constriction within the chest or bronchial airways.

Microorganisms with prokaryotic cell organization (lacking a membrane-bounded nucleus and other specialized features); bacteria are also typically much smaller than
fungi (molds)

This group consists of some yeasts, rusts, smuts, jelly fungi, puffballs, mushrooms, boletes, and shelf fungi. They reproduce by means of cellular fusion, which may occur long before nuclear fusion and spore formation. They produce basidiospores externally on basidia. Asexual spores are conidia. Basidiomycetes have hyphae with septa. The hyphae of many basidiomycetes form tiny tubes that connect one cell to the next, allowing the migration of nuclei. These are called clamp connections. Basidiomycetes grow in soil, producing above-ground fruiting bodies on which spores are formed. Spores of many Basidiomycetes are abundant in air, and some can be identified microscopically.

An airborne dispersion of particles containing whole or parts of biological entities, such as bacteria, viruses, dust mites, fungal hyphae, or fungal spores.

Fungi that are capable of utilizing the cellulose and hemicellulose portions of wood but are incapable of decomposing brown lignin; rot characteristics include crumbly appearance and brown coloration

Building-related illness: a recognized disease that can be attributed to airborne building bioaerosols or chemical pollutants. 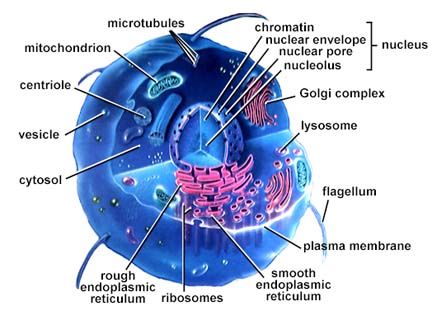 The smallest and most fundamental unit of life.

Colony Forming Units; individual regions of the growth attributed to a single reproductive unit such as a spore or vegetative cell.

A discrete growth usually discernable by the naked eye; this term is usually used in reference to growth originating from a single spore or cell.

A disease caused by the fungus Cryptococcus neoformans; may infect the lungs, central nervous system, skin, and lining of the body cavity.

A fungus that causes skin disease in humans or other animals.

A lipopolysaccharide component of the membrane of gram-negative bacteria that is heat stable and toxic; a secreted toxin produced by bacteria is termed an “exotoxin”

(pl. fungi) A kingdom of organisms (equal in rank to the Plant Kingdom or the Animal Kingdom) defined technically as a parasite or saprobeic, filamentous, or single-celled eukaryotic organism, devoid of chlorophyll and characterized by heterotrophic growth and the production of extracellular enzymes. Fungi include yeasts, molds, mildews, and mushrooms.

A chemical compound capable of inhibiting or destroying the growth of fungi.

A grouping of similar species according to taxonomic criteria, for example, humans (Homo sapiens) belong to the genus ‘Homo’ and the species ‘sapiens’

High-Efficiency Particulate Air filters that have been tested to assure removal of 99.9% of particles 0.3 µm in size

An allergy; an exaggerated or inappropriate immune response categorized based on which part of the immune system is involved and the onset of response (i.e. Types I, II, III, IV)

(pl. hyphae) A branching tubular structure that forms the vegetative body of a growing filamentous fungus

A group dedicated to upholding the standards of mold inspections.

Any condition in which the immune system functions in an abnormal or incomplete manner; such conditions are more frequent in the young, the elderly, and individuals undergoing extensive drug or radiation therapy.

Microbial infections of the cornea (eye); when caused by a fungus, it is referred to as mycotic keratitis

A form of pneumonia caused by the bacterium Legionellae ; first discovered in 1976 from infected persons attending the Legionnairs meeting in Philadelphia.

A general or non-specific term for any microorganism such as bacteria, fungi (molds), algae, or protozoa.

A common name for mold or fungi; often used in reference to fungal growth on bathroom tiles and fixtures

A common name for fungi that grow in a filamentous fashion and reproduce by means of spores; all molds are fungi, but not all fungi are considered ‘molds.

A group of disease caused by the fungi belonging to the group Mucorales (Class Zygomycetes); such fungi may infect lungs, sinuses, mucous membranes, central nervous system, internal organs, and eyes.

Studies indicate that several microorganisms can produce VOC’s and may also be released from non biological sources. Specifically the MVOC’s methyl 1-1 butanol, 2 hexanone, and 2 hepatanone may be associated with fungi. Other sources of MVOCS may vary with the expected amount of biological growth and the presence of other sources.

Invasive fungal infection of subcutaneous tissues (under the skin).

The scientific study of fungi (Kingdom Fungi or Mycota)

A diverse class of poisonous compounds produced by certain mushrooms and other fungi; mycotoxins are produced on the surface of mold spores and remain toxic even after the spore is dead

This group consists of water molds and sexual reproduction is by oogonia, eggs, and motile sperm. Asexually they produce zoospores. The hyphae have no or few septa (crossed walls that separate individual cells in hyphae). Because of their motile zoospores, they require water for reproduction and are often encountered in wet soil or water. They are root and fish pathogens and are rarely seen on spore trap slides.

Anvasive fungal infections of the nail

A superficial fungal infection of the outer ear canal

A microorganism that causes a disease response.

Aungal infection of hair shafts resulting in the formation of dark (black piedra) or white (white piedra) nodules within the hair shaft.

A disease characterized by the inflammation of the lungs; often caused by bacteria or certain species of fungi.

Any disseminable microbial element that can give rise to new growth (e.g. spores, hyphal fragments, cells).

A condition characterized by bleeding in the lungs caused by the weakening of the lung vessels; often due to exposure to inhaled toxins produced by the mold Stachybotrys.

fungal infections of the skin resulting in raised red swellings or lines that resemble burrowing worms; includes the diseases known as athlete’s foot, jock itch, and ringworm or the scalp.

any microorganism capable of obtaining nutrients from dead or non-living organic matter.

the medical science of serum; or the technique of determining antigens or antibodies in serum.

the clear or slightly yellowish liquid that remains after the plasma portion is allowed to clot; blood is comprised of a plasma portion (55%) and a cellular portion (45%); plasma contains water, salts, and plasma proteins (albumin, fibrinogen, antibodies) whereas the cellular portion contains red blood cells (erythrocytes), platelets, and white blood cells (leukocytes).

Fungi that are capable of decomposing the cellulose and hemicellulose portions of wood; most soft-rot also partially degrade lignin; these species are most common in moist hardwoods

The most specific taxonomic classification; an interbreeding population of individual organisms; often abbreviated as ‘sp.’ in reference to a single species or ‘spp.’ when referencing several species.

Reproductive units or specialized cells that provide the primary means for dispersal and survival; many fungal (mold) spores are capable of long term dormancy and are therefore referred to as resistant spores or resting spores.

Substance on or in which a microorganism is living.

A substance or biological entity that has the property itself or can produce one or more compounds that have the property to harm humans or other animals.

An immediate, usually localized response to allergens such as fungi, pollen, dust mites, or animal dander; examples of this type of disorder include insect stings, asthma, food allergies, drug reactions, and hives; type of antibodies involved.

A delayed response (usually within hours or days) involving reactions against antigens located on target cells which are then destroyed; examples of this type of disorder include blood transfusions reactions and hemolytic disease of newborns (involving Rh factors); type of antibodies involved: IgG, IgM.

A delayed response (usually within hours or days) involving insoluble antigen-antibody complexes which cause tissue necrosis (death) and acute inflammation; examples of this type of disorder include Farmer’s Lung (caused by fungi and other microorganisms), serum sickness, and malaria; type of antibodies involved IgG, IgM

A delayed response to microorganisms, tissue transplants, or chemicals that cause cellular inflammation; examples of this type of disorder include contact dermatitis, and Tuberculosis reactions (Mantoux test); type of antibodies involved: none

Volatile organic compounds; some VOCs are of industrial origin whereas others are produced by microorganisms.

Fungi that are capable of utilizing lignin as well as cellulose and hemicellulose; most wood-decay fungi (especially many mushrooms) are of this type; these species are often associated with rot of building lumber.

Fungi that are capable of decomposing various components of wood; categorized as either soft-rot fungi, brown-rot fungi, or white-rot fungi.

This group consists of microfungi such as Rhizopus and Mucor. They reproduce sexually by cellular fusion and the production of resistant zygospores. Asexually, they produce spores in enclosed sporangia (sporangiospores). Their hyphae usually lack septa. This group is commonly encountered in the soil and only occasionally in water. While spores of Rhizopus may be identifiable on spore trap slides the others such as Mucor are more difficult and must be cultured for identification.

Enter Your Information Below!