Air pollution not only affects health, but also cognition 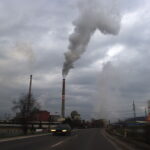 A recent study has investigated the impact of air quality on the performance of chess players.

Researchers at the Institute of Labour Economics looked at various chess tournaments over a three-year period in Germany.

In order to accurately measure air quality, they installed sensors inside the tournament venue which continuously measured the indoor environmental conditions.

According to the researchers, chess provides an ideal setting to study the relationship between air pollution and cognition because chess requires the use of cognitive skills and strategic decision making.

To give the study enough data, each tournament comprised of seven rounds over a period of eight weeks, and the data contained detailed information on about 30,000 moves made by 121 players in 596 games.

The researchers then merged this information with measures of air quality from inside the tournament venue.

The results from the study revealed that an increase in the indoor concentration of fine particulate matter (PM2.5) by 10 μg/m3 increases a player’s probability of making an error by 26.3%.

The impact was most pronounced when the players were also acting under time pressure.

They also found that older individuals were more affected by poor air quality.

The effect of indoor concentration of carbon dioxide (CO2) was smaller and only had an impact during phases of the game when decisions are taken under high tine stress.

The study could have wider implications than just chess as researchers believe that the findings can be used to estimate different occasions with higher levels of air pollution when individuals are required to make complex decisions and execute cognitive tasks under time pressure.

Several recent studies have linked air pollution to cognitive decline and mental health. In August, a study suggested there is a ‘significant link’ between exposure to air pollution in childhood and developing mental illnesses such as bipolar disorder, schizophrenia and depression later in life.

In January, a groundbreaking study found that happiness levels on social media decline during periods of high air pollution.