Air Tight Buildings May Not Provide Best Environment for Employees 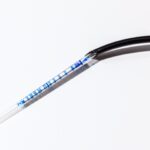 Some modern workplaces have gotten so efficiently air-tight and crowded that they could be making us less productive.That’s partly our colleagues’ fault: Adults breathe out a continuous (yet tiny) stream of CO2, which adds up to around 2 pounds every day.

On the ground outside, carbon dioxide concentrations typically hover between 250 and 500 parts per million, depending on how much pollution is around. Indoors, CO2 concentrations can be a bit higher, though it varies from place to place.

But extra CO2 can have a measurable effect on how well people accomplish cognitively high-level tasks at work.

A recent study by researchers from Harvard, SUNY and Syracuse suggests that when people breathe in too much carbon dioxide at their desks, their performance suffers. That jives with what brain researchers know about carbon dioxide: more CO2 causes brain metabolism to plummet and neural activity to take a dive.

That study got the science team at Business Insider wondering how much CO2 is in the air we’re breathing at work. So we conducted a test in our office to determine whether we, too, are being impacted by elevated carbon dioxide levels.

Fortunately, those results also turned out to be out well below worrisome CO2 levels.

But we weren’t satisfied with a single result. So we headed into the middle of the crowded newsroom for a second test.

Our test involved sucking air into a syringe and then pushing it out into a CO2-measuring vile built for greenhouses. As it turned out, our conference room air was performance-friendly.

First we tested the CO2 concentrations in a conference room.

In the study, 24 workers spent six days working at different CO2 concentrations. The participants were plucked from a range of professions, including engineers, marketers and programmers. The results from the small group suggested that even a slightly elevated CO2 level can have an impact on how well people work.