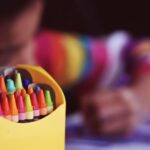 Parents buying school supplies for grammar schoolers would be wise to avoid Playskool crayons. The brand, sold at Dollar Tree, was found to have trace elements of asbestos.

“The good news is that when we were testing three years ago, all sorts of brands came back with asbestos,” said Kara Cook-Schultz, toxics director at U.S. Public Interest Research Group, which conducts annual tests of toys and school supplies. “Now it’s just this one.”

Indeed, in tests run in 2015, many major brands, including Disney Mickey Mouse Clubhouse Crayons and Nickelodeon Teenage Mutant Ninja Turtles crayons, contained trace amounts of asbestos fibers — a substance that can cause breathing difficulties and cancer if inhaled. Although the Consumer Product Safety Commission acknowledged that it was unclear whether the asbestos trapped in crayon wax posed a danger, it noted that kids sometimes eat crayons and recommended that parents avoid asbestos-containing brands as a precaution. Since then, most brands have revamped their crayon manufacturing process to eliminate even trace elements of asbestos fibers.

However, in tests run this year on green Playskool crayons, U.S. PIRG found tremolite fibers — a type of asbestos. A handful of other products that U.S. PIRG tested also contained dangerous chemicals, according to the organization’s just released back-to-school report.

Retailers and manufacturers of these products said they were scrambling Monday to evaluate the PIRG data, which some said conflicted with their own laboratory tests.

A spokesman for Dollar Tree said all of its children’s products are independently tested and meet all legal and safety standards.

Julie Duffy, a spokeswoman for Hasbro, which owns the Playskool brand, said the company would investigate the US PIRG claims thoroughly, “including working with Leap Year, the licensee of the product.”

“We are aware of a report of trace amounts of asbestos being detected in a small amount of product testing conducted by a private group and are reviewing our own certified lab testing, which to our knowledge, passes all regulatory requirements and had no detectable asbestos,” added a spokesman for LeapYear.  “We will issue a formal statement upon the completion of our review.  Consumer safety is most important to Leap Year and we take these matters very seriously.”

The bright side: The vast majority of products tested by U. S. PIRG this year were found to be devoid of toxic chemicals. U.S. PIRG also tested glue, lunch boxes, spiral notebooks and rulers, as well as multiple other types of crayons and pens. Indeed, Cook-Schultz said the Art and Creative Materials Institute has also begun testing and labeling products and all of the ACMI-labeled items proved safe.

“I think there’s good news here for parents,” said Cook-Schultz. “You can look for these labels and buy safe products.”

— This story has been corrected to exclude Crayola and Rose Art crayons from those found to have trace amounts of asbestos in 2015. Both brands tested negative for asbestos that year.