Chipolte and the Norovirus

“Initial testing conducted by the State Public Health has shown the presence of norovirus,” the health department said in a statement.

Although many of the students said they feared they’d been struck with the same E. coli bacteria that made 52 people in nine states sick this fall after eating at Chipotle restaurants, experts said the pattern of illness didn’t look like E. coli.

“Health officials in Boston believe this is likely a norovirus, which seems consistent with the pattern, in our estimation,” Chipotle spokesman Chris Arnold told NBC News.

Norovirus, sometimes known as the winter vomiting bug[1] in the UK, is the most common cause of viral gastroenteritis in humans. It affects people of all ages.[2] The virus is transmitted by fecally contaminated food or water, by person-to-person contact,[3] and via aerosolization of the virus and subsequent contamination of surfaces.[4] The virus affects around 267 million people and causes over 200,000 deaths each year; these deaths are usually in less developed countries and in the very young, elderly and immunosuppressed.

You can get dehydrated if you are not able to drink enough liquids. You may urinate less, have a dry mouth and throat, and feel dizzy.
30 Boston College students sick after eating at Chipotle.

City health officials ordered the outlet closed after an inspection showed the cooked chicken used to make burritos, tacos and other dishes was being kept at too low a temperature, an employee worked while showing signs of illness and because of the reports of possible foodborne illness.

Chipotle said it had voluntarily closed the restaurant in the Brighton section of the city.

“All 80 students have confirmed that they ate at the Chipotle Restaurant in Cleveland Circle during the weekend,” Boston College said in a statement.

Norovirus is notorious for causing large outbreaks of sickness and it can be spread by a single sick restaurant worker or one sick patron. Simple handwashing is often not enough to prevent its spread.

The Centers for Disease Control and Prevention says it’s still not sure what particular food caused the E. coli outbreak at Chipotle. A separate E. coli outbreak that’s made 19 people sick in seven states was linked to celery sold at Costco, 7-11, King Sooper and other stores. 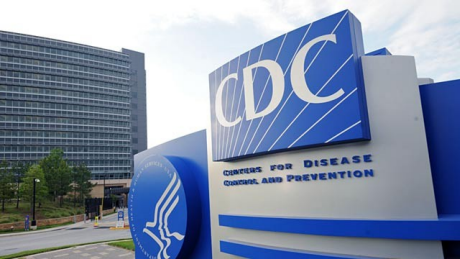 Symptoms of both illnesses are similar — diarrhea, stomach cramps and fever. But norovirus is far more likely than E. coli to cause vomiting.

The most common symptoms are:

Wash your hands carefully with soap and water—

Noroviruses can be found in your vomit or stool even before you start feeling sick. The virus can stay in your stool for 2 weeks or more after you feel better. So, it is important to continue washing your hands often during this time.

Alcohol-based hand sanitizers can be used in addition to hand washing. But, they should not be used as a substitute for washing with soap and water. See “Handwashing: Clean Hands Save Lives.”

Carefully wash fruits and vegetables before preparing and eating them. Cook oysters and other shellfish thoroughly before eating them.

Be aware that noroviruses are relatively resistant. They can survive temperatures as high as 140°F and quick steaming processes that are often used for cooking shellfish.

Food that might be contaminated with norovirus should be thrown out.

Keep sick infants and children out of areas where food is being handled and prepared.

When you are sick, do not prepare food or care for others who are sick

You should not prepare food for others or provide healthcare while you are sick and for at least 2 days after symptoms stop. This also applies to sick workers in settings such as schools and daycares where they may expose people to norovirus.

Many local and state health departments require that food workers and preparers with norovirus illness not work until at least 48 hours after symptoms stop. If you were recently sick, you can be given different duties in the restaurant, such as working at a cash register or hosting.

After throwing up or having diarrhea, immediately clean and disinfect contaminated surfaces. Use a chlorine bleach solution with a concentration of 1000–5000 ppm (5–25 tablespoons of household bleach [5.25%] per gallon of water) or other disinfectant registered as effective against norovirus by the Environmental Protection Agency (EPA). For more information, see EPA’s Registered Antimicrobial Products Effective Against Norovirus (Norwalk-like virus)[3 pages].

Immediately remove and wash clothes or linens that may be contaminated with vomit or stool (feces).