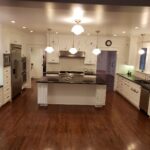 House Bill 3127 is a resolution that will establish a committee that would study the impacts of mold and find the best way to get rid of it.

According to online records from the S.C. Legislature, the bill passed the House on Feb. 12 and then passed the Senate on March 14.

The committee would be called the Mold Abatement and Remediation Study Committee and would look at public policy issues relative to mold in public buildings, focus on the impacts of heath of children in public schools, and propose policy initiatives to remediate and get rid of mold problems.

The proposed legislation comes as many Horry County parents continue to express concerns over mold issues at local schools.

After mold became a concern at St. James, WMBF News put in a request for work orders at Horry County Schools since February 2015 that contained the words mold, mildew, humidity and air quality.

WMBF received about 90 pages worth of documents and some of those work orders contained concerns about mold growing in several different schools.