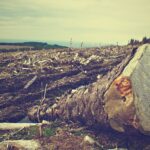 Most Americans are still grilling and using propane to do so — at a cost of $35 for a 20-pound canister. But urban Africans rely mostly on charcoal and kerosene, which leads to indoor air pollution and deforestation.

While it is not yet practical for Africans to switch to propane, they are benefitting from bio-ethanol, which is becoming a cleaner and cheaper cooking fuel than the alternatives. In fact, bio-ethanol ventures are now in Kenya, Mozambique, Madagascar, Ethiopia and Nigeria. And if those companies can succeed, the switch from charcoal to bio-ethanol (or propane) will save a lot of trees and mitigate greenhouse gas emissions.

“Ethanol cooking has become a baby industry. Customers can access this clean fuel at a price that is 40% cheaper than charcoal,” says Greg Murray, chief executive of KOKO Networks, which enables the last-mile distribution of bio-ethanol fuel starting with the Kenyan market, in an interview with this writer. “It is also replacing charcoal that hurts the agricultural sector and that creates black carbon. This solution can help governments achieve their Paris commitments.”

In Sub-Saharan African and in the urban areas, the estimated annual spend on cooking fuel is expected to be $47 billion in 2020, says the World Bank. The top 10% to 15% of the cooking fuel market is done with liquefied petroleum gas, which includes propane. The vast majority, however, is done with charcoal. That charcoal is produced by chopping down 5 million acres of trees a year and then baking the wood, which carbonizes it. Kerosene is at the bottom of the rung and it is done mostly in the slums.

As Africa’s economic prospects improve, more people are using propane. But bio-ethanol is emerging as a scalable cooking solution and one that meets the demands of lower income Kenyan households — those making $100 to $300 per month doing such things as selling their vegetables and fruits from outdoor stands.

Public policy should “support sustainable production of clean-biomass and renewable fuels alongside efforts to improve stove efficiency and reduce emissions,” says the World Bank. “Given rapidly rising demand, more efficient cooking solutions alone will not be enough if the sustainability issues in the African wood-fuel value chains remain unaddressed … Although many Africans can theoretically afford at least basic improved cooking solutions, high costs are a critical obstacle for the poor and impede the overall growth of the market.”

But the bio-ethanol enterprise KOKO says that it has streamlined the supply chain and made its cleaner and healthier fuel a bargain. Liquid ethanol used to be put in bottles and sold at corner stores in Africa while charcoal vendors came to homes. Now, though, buying bio-ethanol is like going to ATM machines for fuel: customers take an empty canister and enter a PIN before filling up. Cloud-based software will know if customers have the credit.

Before it even gets to the retail level, micro tankers are picking up the product at the ports. They are then hauling in the ethanol and storing it in underground stations. Those delivery trucks are able to traverse the primitive roads and to go deep into the neighborhoods. About 700 KOKO-brand stores sell bio-ethanol.

“People are used to being able to buy daily necessities little by little, or in small chunks,” says KOKO’s Murray. “It is how we have to sell vital commodities in Africa: It is not a CostCo culture where people buy thee months worth of a product. Africans have uncertain daily incomes. Historically, companies have not been able to undercut charcoal.

“But now with a 40% cost-savings, ethanol could supply the bulk of cooking fuel in Sub-Saharan Africa,” he adds. “We expect the growth to be significant” — and a better deal than propane too, which has much greater upfront capital costs. “Liquefied petroleum gas is not accessible without massive subsidies. Health and education takes precedence. So it is about whatever works on an unsubsidized basis. That’s the reality in which ethanol sits.”

Bio-ethanol has other economic benefits, including being blended in motor fuel and being used in the alcohol found in alcoholic beverages. Generally, ethanol is an important feedstock used in the chemical and manufacturing processes. If it proves itself in African markets, private investment will follow. The use of ethanol could then expand, creating an economic ripple effect.

Bio-ethanol brings promise to Sub-Saharan Africa — the promise of a cleaner and healthier environment at a cheaper price. If it can replace charcoal for cooking, it will minimize deforestation and improve indoor air quality. And if its use can ultimately be expanded to other parts of the economy, the growth would mean more jobs and even more possibilities.