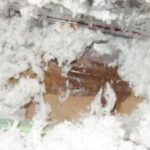 Residents living in newly built homes in Parkland are complaining of mold, and at least two big builders have taken steps to fix the problem.

Sowande Johnson, director of development services for Parkland, said WCI Communities Inc. and Standard Pacific of Florida have been approved for permits to complete work that they hope will eliminate the fungus.

A third builder, Toll Brothers, has said it also plans to apply for a permit, Johnson said.

Those companies, along with Lennar Homes, are building hundreds of high-end homes in Parkland, the last available area for large-scale residential construction in Broward County. Johnson said he hasn’t heard of any problems with the Lennar properties.

Johnson said the city has received a few complaints, and he doesn’t have “even the slightest idea” how many homes may be affected.

WCI’s permit application outlines plans to install a dehumidifier, while Standard Pacific is using spray foam insulation. Johnson said it may take a few months to determine whether the proposed fixes will work.

A wet and moldy attic ceiling in the Parkland home once rented by Angela Mesa-Taylor.

“We’ll have to wait until things heat up [in the summer] to find out if it’s a true solution,” Johnson said. “If not, they’ll have to come back with another solution to remedy the problem.”

Jon Rapaport, division president for WCI, said the Bonita Springs-based builder received a “couple of dozen complaints” but not all of those homeowners had mold.

Still, out of an abundance of caution, WCI made modifications in more than 100 Heron Bay homes at no charge to the owners, he said.

Rapaport attributed the mold to a design issue. WCI sealed openings and made changes to ventilation that lets moisture leave attics. In addition, WCI is offering the dehumidifiers to homeowners, he said.

“We wanted to do the right thing,” Rapaport said. “Now we seem to not have a problem at all.”

WCI, expected to soon merge with Lennar as part of a $643 million deal, has built the vast majority of the nearly 3,000 homes in Heron Bay over the past two decades. The master-planned development, off the Sawgrass Expressway at Coral Ridge Drive, is one of the largest in the region.

Standard Pacific, which builds in the Watercrest at Parkland community, did not respond to requests for comment. In 2015, the company combined with Ryland Homes to form CalAtlantic Group of Irvine, Calif.

Horsham, Pa.-based Toll Brothers builds in the Parkland Golf & Country Club. A publicist for Toll said officials were not available to comment, but she released a statement from the company.

“Toll Brothers stands behind its homes with a comprehensive warranty and we work with our homeowners and provide them with information on operating their home systems efficiently and within their design criteria,” the statement said.

In 2015, Angela Mesa-Taylor moved into a rented home in Heron Bay’s Osprey Lake subdivison. Soon after, she noticed that she and her children were constantly sick, but she just thought it was her young twins bringing home coughs and colds from their play dates.

Then her housekeeper pointed to mold on the ceiling in the master bathroom. Another bathroom had the same problem, she said.

Mesa-Taylor said the builder, WCI, tried to address her concerns, but the mold persisted. Meanwhile, she said she heard similar complaints from neighbors.

Within days of discovering the mold, Mesa-Taylor said she moved her children out of the home and continued to press WCI for answers. Not satisfied with the results, she filed suit last summer in Broward County Circuit Court. The complaint was amended in November.

“Every fix was not a fix,” said Mesa-Taylor, 38. “It seemed to be very, very temporary and superficial.”

The suit, which seeks damages in excess of $15,000, alleges that the mold was caused by design and construction defects and led to chronic health problems.

An attorney for the builder declined to discuss the case. Rapaport, the WCI division president, said he can’t comment on pending litigation.

Scott Gelfand, Mesa-Taylor’s Coral Springs lawyer, said he has spoken to more than 100 owners complaining of mold in Heron Bay homes built within the last several years. Some may be reluctant to discuss the problem publicly because they’re worried about property values, but homes that are properly remediated tend to sell for full market value, he said.

Johnson, the development services director for Parkland, said he suspects mold is occurring in other homes across Florida. But Truly Burton, executive vice president of the Builders Association of South Florida, said she isn’t aware of an ongoing problem statewide.

David Cobb, a former homebuilder and now a regional director for the Metrostudy research firm, agrees that mold is common in a humid climate and often is the result of workmanship issues.

But Cobb also cited another cause: improper home maintenance. He said homeowners should inspect homes annually, caulking around windows and doors and painting every few years to keep mold at bay.

“People who buy new homes say, ‘It’s new, so I don’t have to do anything to it,’ and that is totally incorrect,” Cobb said.