California Mobile Home Park Shuts Down Due to Asbestos 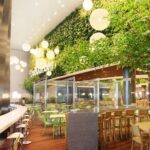 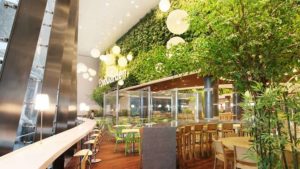 The park, located on Mendocino Avenue just north of Kaiser Permanente Medical Center, was shut down by city officials Friday morning following consultations with U.S. Environmental Protection Agency officials who are leading a countywide cleanup of household hazardous waste in the wake of fires that destroyed more than 5,000 Sonoma County homes.

The wind-driven Tubbs fire, which raced from Calistoga into Santa Rosa on Oct. 8, incinerated about 140 of the park’s 160 homes, fire officials said last week.

Materials that may contain asbestos were found by EPA crews at 25 sites in Journey’s End, Tom Dunkelman, an on-scene coordinator for the federal agency, told a crowd of about 200 people at the Steele Lane Community Center.

“We don’t know for sure if these materials are asbestos-containing or not,” he said.

The entire park was closed due to concern about public health, said Paul Lowenthal, the city’s assistant fire marshal.

“It was for your protection,” he told the estimated crowd of about 200.

It’s unknown how extensive the asbestos contamination in Journey’s End may be or how long it could take the clean it up, he said.

The “best-case scenario,” Lowenthal said, is the asbestos is limited to “isolated areas” that can be cleaned quickly, but there are concerns it “could be scattered throughout the mobile home park.”

Test results won’t be known until at least Wednesday, he said, and the Fire Department has determined Journey’s End is currently “an unhealthy place to be.”

Journey’s End had been reopened to residents Oct. 20.

“It’s definitely a toxin,” she said, noting that most harm is related to prolonged exposure but short-term contact with asbestos is also a concern.

Asbestos is found in construction materials including roofing, pipes and pipe wrapping, floor tile, shingles and attic insulation, according to an EPA bulletin made available at the meeting. EPA crews found no “obvious asbestos” in Coffey Park, where fire leveled more than 1,000 homes in a neighborhood across Highway 101 from Journey’s End, Dunkelman said.

Several residents whose mobile homes survived the fire questioned why they are off-limits.

“Why can’t I go in there and get my belongings?” asked Michele Trammell, a 12-year resident of Journey’s End.

EPA is checking other mobile home parks around the county, but Journey’s End is the only one where possible asbestos has been found, Dunkelman said, adding the trailer park setting is risky because homes are close together.

In an interview after the meeting, Trammell said, “I don’t really care about asbestos. I want to go home and get my stuff.”

Steven Morrow, a resident for two years, asked during the meeting if Journey’s End would be condemned by the city.

Santa Rosa Mayor Chris Coursey said the mobile home park will remain “unless the owner decides to do otherwise.”

Louise Smith, an octogenarian who said she is park’s longest-tenured resident at 37 years, said she’s unsure if she wants to return but wasn’t impressed with the asbestos issue.

“I think it’s a bunch of bull— if you ask me,” she said after the meeting.