Candida auris: What to know about the deadly superbug fungus posing a “serious global health threat” 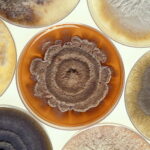 Health officials are warning of “a serious global health threat” from a drug-resistant superbug fungus. The Centers for Disease Control and Prevention says the fungus, Candida auris, has already sickened hundreds of people in the United States.

Candida auris, which preys on people with weakened immune systems, was first identified in 2009 and first seen in this country in 2013. Since then, it has caused at least 587 illnesses in the U.S. More than 300 of those cases were reported in New York state. Illinois had 144 confirmed cases, primarily in the Chicago area, and New Jersey had 104.

“This is definitely an alarming development in the global emerging threat of superbugs,” Dr. Neeta Ogden, an internal medicine specialist, told CBS News.

“It’s resistant to multiple anti-fungal drugs that we have, and it’s also resistant to all the things that we use to eradicate bacteria and fungal strains in the hospital.”

What kind of infections does Candida auris cause?

Candida auris can cause different types of infections, including bloodstream infection, wound infection, and ear infection.

The fungus has also been detected in respiratory and urine samples, but the CDC says it’s unclear if it causes lung or bladder infections.

Who is at risk of illness from Candida auris?

Candida auris infections have been reported in health care settings throughout the world, including hospitals and long-term care facilities like nursing homes. People who recently had surgery, live in nursing homes, or who have breathing tubes, feeding tubes or central venous catheters appear to be at highest risk.

“This strain is preying on people with weakened immune systems,” Ogden said. “So who is that? Long-term health care facility residents who have catheters, in-dwelling catheters or IV lines. People in hospitals, IUCs. Newborns. And also people who take immunosuppressant drugs for medical illnesses, or have diabetes. So those are the people who really are at risk.”

The germ has been found in patients of all ages, from preterm infants to older adults.

How is Candida auris spread?

Candida strains “live in our gut microbiome,” Ogden explained. The drug-resistant strain Candida auris has taken hold in some health care settings, spreading person to person or through contact with contaminated surfaces or equipment. Healthy people with strong immune systems may carry the germ without actually getting sick from it.

Ogden said health officials are worried about what could come next.

“The greater concern is that if we don’t curb this rise of superbugs, where is this headed? It’s headed towards normal, healthy people with no health problems becoming vulnerable to these types of fungal strains, and not having anything in our defenses of antimicrobials and antifungals to fight them,” she said.

How are Candida auris infections diagnosed?

According to the CDC, symptoms of Candida auris may be difficult to detect because patients are often already sick. Only a lab test can identify the superbug.

Infections are usually diagnosed by culture of blood or other body fluids.

“In this situation, multiple antifungal medications at high doses may be needed to treat the infection,” the CDC said.

“It’s an enormous problem,” Matthew Fisher, a professor of fungal epidemiology at Imperial College London, told The New York Times. “We depend on being able to treat those patients with antifungals.” Fisher co-authored a recent scientific review documenting the rise of drug-resistant fungi.

How often do the infections turn deadly?

Since Candida auris infections generally occur in people who are already sick with serious medical conditions, it can be difficult to determine cause of death.

“Based on information from a limited number of patients, 30–60% of people with C. auris infections have died,” the CDC says. “However, many of these people had other serious illnesses that also increased their risk of death.”