Deodorants, perfumes and other personal pollution: The next frontier in healthy indoor air? 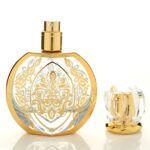 Fragrances have been under fire for their toxicity lately and now the evidence is mounting that wearing deodorant and other simple acts of human existence – including breathing – may be the biggest source of air pollution in offices.

The preliminary research out of Purdue University in the US found that the chemistry of indoor air is constantly changing and that people might be the main source of volatile organic compounds in a modern office environment.

“The chemistry of indoor air is dynamic. It changes throughout the day based on outdoor conditions, how the ventilation system operates and occupancy patterns in the office,” Purdue University assistant professor of civil engineering Brandon Boor said.

For the research, the team of engineers came up with new precision ways of measuring and tracking volatile organic compounds in a Living Lab building.

It involves putting temperature sensors in each desk chair so that researchers know when people are coming and going, and a collection of sensors to track the flow of indoor and outdoor air through the ventilation system.

Sniffing out the human pollutants

A nose-like instrument was also used to “sniff” out airborne compounds in real time. It found that people leave behind many volatile compounds even after they have left the room.

Another key finding was that the more people in the room, the more VOCs were found in the air. Without appropriate ventilation, which can dilute the concentration of indoor pollutants, the levels of many compounds were found to be 10 to 20 times higher indoors than outdoors.

This is complicated by the level of pollutants in the outdoor environment, which people also have an effect on. The researchers believe that chemicals from self-care products such as deodorant, makeup, and hair spray may raise levels outdoors as they are dispelled outside by the ventilation system.

High-efficiency filtration systems were found to help keep down the concentration of pollutants in a building.

The purpose of the research is to identify all types of indoor air contaminants and recommend ways to design and operate buildings that control pollutant levels.

“If we want to provide better air quality for office workers to improve their productivity, it is important to first understand what’s in the air and what factors influence the emissions and removal of pollutants,” assistant professor Boor said.

The research follows rising concerns that many personal care products, such as perfumes and other fragrances, contain toxic chemicals.

At The Fifth Estate’s Happy Healthy office’s event earlier this year, air quality expert Adam Garnys from CETEC explained that perfumes and fragrances can cause a building to fail WELL accreditation, a health and wellbeing rating scheme.

“That’s from a rating scheme point of view, but from a real health point of view, certainly it does have an impact, I’ve banned them at home,” Mr Garnys said.

He said it’s better to look for the source of the odour rather than masking it.

“Fragrances are full of chemicals. Even some of the common ones like limonene – which is lemon oil – people have serious allergies to it. And do you need it? I guess that’s the question.”