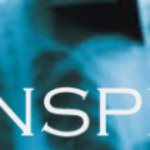 Because the natural reservoir host of Ebola viruses has not yet been identified scientist speculate on several vectors of virus’s transmission.  The way in which the virus first appears in a human at the start of an outbreak is unknown. However, scientists believe that the first patient becomes infected through contact with an infected animal, such as a fruit bat or primate (apes and monkeys), which is called a spillover event. Person-to-person transmission follows and can lead to large numbers of affected people. In some past Ebola outbreaks, primates were also affected by Ebola, and multiple spillover events occurred when people touched or ate infected primates.

When an infection does occur in humans, the virus can be spread in several ways to others. Ebola is spread through direct contact (through broken skin or mucous membranes in, for example, the eyes, nose, or mouth) with

Ebola is not spread through the air or by water, or in general, by food. However, in Africa, Ebola may be spread as a result of handling bushmeat (wild animals hunted for food) and contact with infected bats. There is no evidence that mosquitos or other insects can transmit Ebola virus. Only a few species of mammals (for example, humans, bats, monkeys, and apes) have shown the ability to become infected with and spread Ebola virus.

Healthcare providers caring for Ebola patients and the family and friends in close contact with Ebola patients are at the highest risk of getting sick because they may come in contact with infected blood or body fluids of sick patients.  During outbreaks of Ebola, the disease can spread quickly within healthcare settings (such as a clinic or hospital). Exposure to Ebola can occur in healthcare settings where hospital staff are not wearing appropriate protective equipment, including masks, gowns, and gloves and eye protection.

Dedicated medical equipment (preferable disposable, when possible) should be used by healthcare personnel providing patient care. Proper cleaning and disposal of instruments, such as needles and syringes, is also important. If instruments are not disposable, they must be sterilized before being used again. Without adequate sterilization of the instruments, virus transmission can continue and amplify an outbreak.

Once someone recovers from Ebola, they can no longer spread the virus. However, Ebola virus has been found in semen for up to 3 months. Abstinence from sex (including oral sex) is recommended for at least 3 months. If abstinence is not possible, condoms may help prevent the spread of disease. 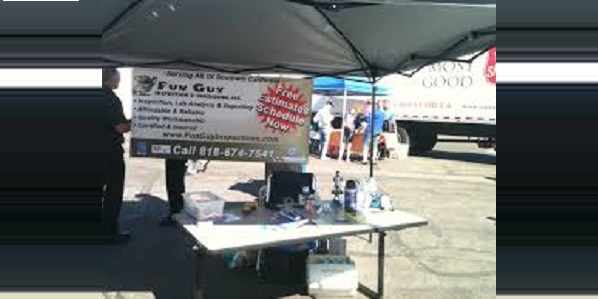 In a lengthy document that received nearly no media attention, a U.S. government agency has warned preliminary data shows Ebola is aerostable, meaning it can survive in the air and potentially be transmitted via airborne means.

The document was released in a federal government announcement seeking research proposals from private firms for Ebola treatment and diagnosis tools, including for the rapid disinfection of an “aerosol” version of the virus.

The announcement indicates that despite its public pronouncements to the contrary, the government is concerned the virus can spread through the air via vaporized bodily fluids.

There has been fear a patient can potentially self-vaporize Ebola through a strong sneeze, projectile vomiting or the flushing of a toilet.

The information was contained in a 33-page report released Oct. 24 by the Defense Threat Reduction Agency, the Department of Defense’s Combat Support Agency for countering weapons of mass destruction.

The agency report states “preliminary studies indicate that Ebola is aerostable in an enclosed controlled system in the dark and can survive for long periods in different liquid media and can also be recovered from plastic and glass surfaces at low temperatures for over 3 weeks.”

The report says the government is seeking technologies for the “rapid disinfection” of Ebola, including an aerosol version of the virus.

“The technology must prove effective against viral contamination either deposited as an aerosol or heavy contaminated combined with body fluids,” reads the solicitation document.

The document further states Ebola “can survive for long periods in different liquid media and can also be recovered from plastic and glass surfaces at low temperatures for over 3 weeks.”

The information about Ebola being “aerostable” with fears of spreading through “aerosol” apparently contradicts public statements by the Centers for Disease Control and Prevention, which states on its website, “Ebola is not spread through the air or by water.”

The CDC has put out conflicting information about the virus being airborne.

In another online Ebola information kit, the CDC asks, “Is Ebola airborne?”

“No,” answers the CDC. “Ebola is not spread through the airborne route nor through water or food.”

“To get Ebola, you have to directly get body fluids (like pee, poop, spit, sweat, vomit, semen, breast milk) from someone who has Ebola in your mouth, nose, eyes or through a break in your skin or through sexual contact,” continues the CDC website.

On another section of its website, however, the CDC is non-committal in its response to whether or not Ebola can be spread by coughing.

Unlike respiratory illnesses like measles or chickenpox, which can be transmitted by virus particles that remain suspended in the air after an infected person coughs or sneezes, Ebola is transmitted by direct contact with body fluids of a person who has symptoms of Ebola disease.

Although coughing and sneezing are not common symptoms of Ebola, if a symptomatic patient with Ebola coughs or sneezes on someone – and saliva or mucus come into contact with that person’s eyes, nose or mouth – the fluids could transmit the disease.

WND reported Oct. 15, a U.S. Army manual, most recently published in 2011, clearly warns Ebola could be an airborne threat in certain circumstances. Also, as WND reported the World Health Organization, in a largely overlooked media advisory email, admitted there are some circumstances in which the current strain of Ebola in West Africa can be transmitted through coughing or sneezing.

“Theoretically, wet and bigger droplets from a heavily infected individual, who has respiratory symptoms caused by other conditions or who vomits violently, could transmit the virus – over a short distance – to another nearby person,” the WHO Ebola situation assessment said.

The CDC website does not conclusively say Ebola cannot be transmitted by virus particles that remain suspended in the air after a strong cough or sneeze.

Now a new online CDC document allows, “While Ebola virus can be spread through airborne particles under experimental conditions in animals, this type of spread has not been documented during human EVD outbreaks in settings such as hospitals or households.”

The CDC document hypothesizes that aerosol transmission in humans is possible.

Scientists have not confirmed that the current strain of Ebola can be spread through airborne particles. But that may be due to the inability to conduct controlled human experimentation, which would require actually infecting people with an aerosolized Ebola virus.

There have been studies, including one conducted by scientists from the CDC, that found strains of aerosolized Ebola were transmitted to monkeys.

The study found some of its monkeys were diagnosed with a rhesus form of the disease following aerosol transmission.

It stated: “To summarize, exposure to aerosolized SUDV results in a disease course with numerous similarities among AGMs, cynos, and rhesus: with decreased platelets, kidney and liver injury, likely leading to reduced blood volume, followed by altered blood pressure and heart rate in the final stage.”

The article abstract concluded: “There is no strong evidence of secondary transmission by the aerosol route in African filovirus outbreaks; however, aerosol transmission is thought to be possible and may occur in conditions of lower temperature and humidity which may not have been factors in outbreaks in warmer climates.”

The article related that Ebola falls within the filovirus category and that “intentional direct aerosol exposure resulting in productive infection of NHPs with filoviruses has been demonstrated in a number of studies.”

A 1999 study titled “An Introduction to Ebola: The Virus and the Disease” was published in the Journal of Infectious Diseases by C. J. Peters and J. W. Peters of the National Center for Infectious Diseases at the Centers for Disease Control and Prevention.

The study found that the “data on formal aerosol experiments leave no doubt that Ebola and Marburg viruses are stable and infectious in small-particle aerosols, and experience of transmission between experimental animals in the laboratory supports this.”

The study documented a 1989-1990 case in which a Reston subtype of Ebola spread amid monkeys in separate units, suggesting “there was circumstantial evidence of airborne spread of the virus.”

The study cited “supporting observations included suggestive epidemiology in patterns of spread within rooms and between rooms in the quarantine facility, high concentrations of virus in nasal and oropharyngeal secretions, and ultrastructural visualization of abundant virus particles in alveoli.”

A 1995 report by scientists at the U.S. Army Medical Research Institute of Infectious Disease, titled “Lethal Experimental Infections of Rhesus Monkeys by Aerosolized Ebola Virus” allows, as the title suggests, that “aerosol transmission” of Ebola is possible.

That report states the “potential for aerogenic infection by Ebola virus was established by using a head-only aerosol exposure system,” meaning the scientists self-vaporized the virus and confirmed it spread to rhesus monkeys.

The experiments documented the monkeys contracted a “rapidly fatal disease” from the aerosol dose, including from “inhalation of viral doses as low as 400 plaque-forming units of virus.”