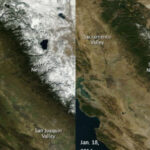 When nail salons are in the news, the coverage is rarely pretty. A 2015 New York Times investigation, for example, uncovered details about the industry’s underpaid workers—overwhelmingly immigrants—and their health complaints. The series prompted swift legislation in New York State. However, it also sparked backlash from salon owners who felt that the costly new mandates would harm their small businesses and that the series went too far in generalizing about their industry.

Lupita Montoya, an environmental engineer at the University of Colorado Boulder, is taking a different approach to the issue by involving both nail salon owners and workers from the start. At local nail salons, her team measured pollutants in the air generated through the use of nail polishes, polish removers, and artificial nail products. The researchers captured pollutants in specially designed vessels and quantified them using a variety of analytical techniques. Carmen Drahl spoke with Montoya—an immigrant herself—about the science and about working with salon communities to find solutions to indoor air pollution.

What sparked your interest in the air quality at nail salons?

My research expertise is in indoor air quality, but I’m also a first-generation scientist. I’m in many different spaces where I see workers exposed to compounds that probably are posing a hazard, yet we don’t know much about it because we rarely study these populations. When I walk into any nail salon, the first thing that impacts me is the smell. So knowing what the smell may mean—that likely there are high levels of VOCs (volatile organic compounds)—just makes me wonder what kinds of compounds those are and how they may be affecting the people that work there because they experience long-term exposure.

How did you find nail salons that would agree to be tested?

That was a real challenge. I spent a year visiting salons and talking to people about the possibility of taking some measurements, and it became evident quickly that people were not comfortable just saying yes.

I put fieldwork on the back burner for over a year until one of my undergraduate advisees—Feng Xiang, a first-generation student—asked me a question regarding my research. She said, “I have some friends who might be interested in helping you access some of these places.” I ultimately had several undergraduate students, all of them first generation, on the project. None of them had done research, but they had a personal interest in the work. They have connections to the nail salon industry. And that’s how we started.

What has your fieldwork found in terms of nail salon air quality?

Credit: Glenn Asakawa/University of Colorado BoulderBottles of nail polish like the one held by Lupita Montoya may emit volatile organic compounds into nail salons’ air.

We were measuring the BTEX family of compounds—benzene, toluene, ethylbenzene, and xylenes—using specially prepared canisters that capture VOCs for analysis by gas chromatography/mass spectrometry. People study them in many different contexts, and some of them are carcinogenic. We did a comparison with two other studies of VOC levels in other workplaces to see where nail salons fall. We found that the measurements in the nail salons were often on par with reported measurements in oil refineries and auto garages. Another compound that was present was methyl methacrylate, or MMA. What was interesting about that is that MMA has been banned in Colorado. Because of allergic reactions in both customers and workers, the US Food and Drug Administration and the Methacrylate Producers Association have concluded that MMA in its liquid form should not be used in nail products. We followed up with questions for the workers. Even though it’s banned, you can still buy it in products for artificial nails. In some cases the workers prefer this compound over other, less hazardous ones because it’s easier to apply. So sometimes the practices of the workers are truly against their own interests.