Is fungi-based protein the future of fake meat?

The future of meat substitutes may not involve plants. While food manufacturers race to bring new soy, wheat and pea-based products to market, a handful of start-ups have been hard at work developing a new kind of meat alternative from fungi.

Two companies in the emerging space are gearing up to launch their first products this year. Emergy Foods, Boulder, Colo., is working with culinary experts to perfect its steak alternative, which will debut in restaurants in Colorado under the newly unveiled Meati brand.

Fungi have several advantages over conventional plant-based proteins, the start-ups said. The fibrous texture enables a wider variety of types and cuts of meat. The flavor is neutral, eliminating the need for masking agents. It requires only a small amount of land, energy and water to produce, and it packs a nutritional punch that matches meat and rivals plants.

Fungi-based meats are created mostly in the laboratory in a process that almost completely bypasses agriculture. The key component is mycelium, the vegetative part of a fungus consisting of branching, thread-like fibers.

Both companies cultivate their own mycelium in large tanks, adding sugar and other nutrients to help it grow. Once harvested, it is cut and flavored to resemble meat.

“It’s all about how much protein you can produce based on the amount of resources you put in,” he said. “We have a higher conversion efficiency of raw input into protein than we’ve seen in any other natural system out there.”

Because the process eliminates a large part of the supply chain, the final products also are cheaper to produce.

“Our current cost of production on a small scale is already competitive with industrialized meat,” said Kimberlie Le, co-founder and c.e.o. of Prime Roots. “We’re way more competitive than the majority of plant-based proteins that are on the market. But I think the most important thing that we gain is the higher quality product.”

Unlike most meat alternatives, which use plant protein isolates to mimic the finely minced texture of ground meat, mycelium’s long, branching fibers are well suited to approximate the texture of whole muscle.

“When we grow the Koji, it comes out in a texture that’s really similar to chicken breast fibers,” Ms. Le said. “That allows us to make whole muscle cuts like steak or chicken breasts and a variety of other products. If we’re trying to imitate ground beef, we actually have to grind those fibers down so that it’s a smaller texture.”

Fine-tuning the product to match different types of meats is simply a matter of adjusting fat ratios. A combination of nutrients added during cultivation and natural flavors added after harvest helps to create a convincing, meat-like flavor.

“It’s actually quite simple for us compared to other companies in our space, because we don’t have any off flavors of soy or pea or the traditional problems with plant-based alternatives,” Ms. Le said. “For us, it’s more about layering on natural flavors to really bring out the umami and the meaty notes that the Koji naturally has.”

Fungi-based meats may provide an alternative to highly processed plant-based products, which often lose some of the nutrients naturally present in plant foods. Both Emergy Foods’ and Prime Roots’ products match or exceed the protein level of traditional meat while offering many of the fibers, vitamins and minerals found in plants.

“It’s really important to listen to consumers’ concerns about ultra-processed ingredients and mitigate those challenges,” Ms. Le said. “It will take a lot longer to do that with plant protein.”

Educating consumers on the differences between fungi-based and plant-based meats for consumers may be a challenge. The F.D.A. currently classifies mushrooms and other fungi as plants, though technically they constitute their own kingdom separate from both plants and animals. 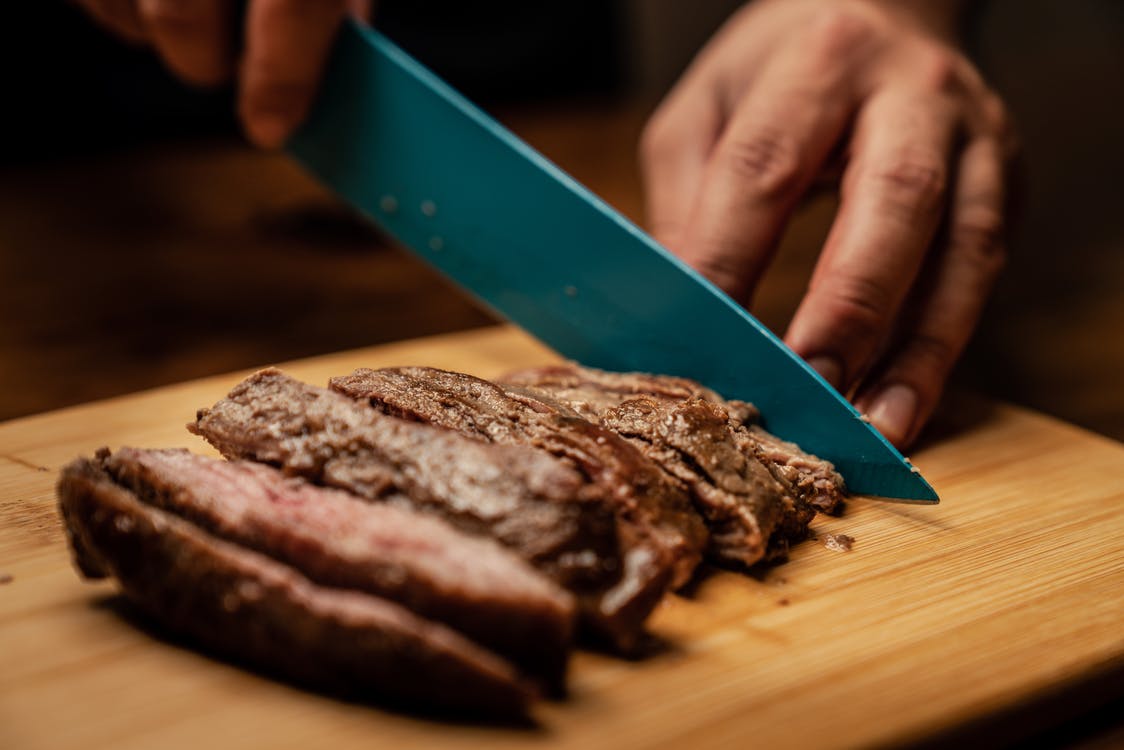 “Right now, this is the best way to educate consumers,” Mr. Huggins said. “I think our plan is to evolve away from that, and to have it be a ‘fungi-based protein’ or ‘fungi-based meat,’ because it has a much more superior nutrition profile than plants. We do think there’s an advantage to being separated from that category.”

Emergy Foods is focused on launching its Meati brand steaks in the food service channel but has plans to debut a chicken breast down the line. Long term, Mr. Huggins would like to make fungi-based protein more accessible to large food manufacturers.

“They are desperate to find a plant-based protein source that is high in protein, nutritious and has a bland or favorable flavor profile,” he said. “Our No. 1 priority is to be able to scale as fast as possible. Once we get to the point where we have added supply, then we can into other B2B markets.”

Prime Roots has a dozen products ready to be commercialized. The company is using consumer feedback to determine which products will launch first.

“Having a diversity of products is going to be really important,” Ms. Le said. “I think that is where we will be leading the charge.”