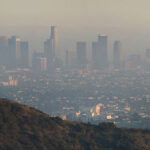 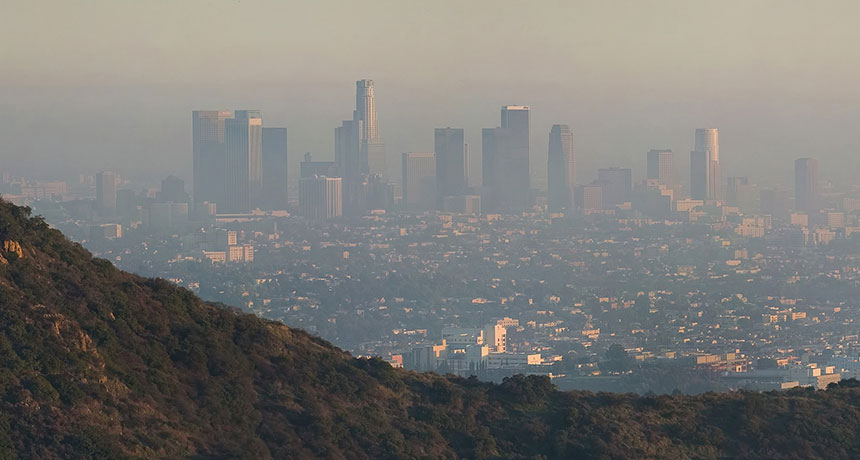 AUSTIN, Texas — To reduce your impact on air quality, you might expect to trade in your gas-guzzling clunker of a car — but you can also unplug those air fresheners.

In urban areas, emissions from consumer goods such as paint, cleaning supplies and personal care products now contribute as much to ozone and fine particulate matter in the atmosphere as do emissions from burning gasoline or diesel fuel.

The finding is largely a sign of success, study coauthor Brian McDonald said February 15 during a news conference at the annual meeting of the American Association for the Advancement of Science. Steps taken to clean up car exhaust over the past few decades have had a huge effect, and as a result, “the sources of air pollution are now becoming more diverse in cities,” said McDonald, a chemist at Cooperative Institute for Research in Environmental Sciences in Boulder, Colo.

Everyday products like these emit a bouquet of volatile organic compounds that contribute to air pollution. A spritz of perfume or a spray of disinfectant has a small effect, but frequent use of these products by millions of people adds up to a big impact.

“When you have a big mountain in front of you, it’s difficult to know what lies behind it,” says Spyros Pandis, a chemical engineer at Carnegie Mellon University in Pittsburgh who wasn’t part of the study. Now, other sources of air pollution are becoming more visible.

The new study, also published in the Feb. 16 Science, focused on volatile organic compounds, or VOCs, that are derived from petroleum. These are a diverse array of hundreds of chemicals that easily vaporize and make their way into the atmosphere. Some VOCs can be harmful when directly inhaled — molecules released by bleach and paint make people lightheaded, for example.

Beyond their immediate effects, VOCs react with other molecules in the air, such as oxygen and nitrogen oxides, to generate ozone as well as fine particulate matter. (Those nitrogen oxides come, in large part, from vehicle exhaust.) High levels of fine particulate matter make it hard to breathe and contribute to chronic lung problems (SN: 9/30/17, p. 18). And while ozone high in the atmosphere helps shield Earth from the sun’s ultraviolet radiation, at ground level, it mixes with fine particulates to form breath-choking smog.

Over a period of six weeks, the researchers collected air samples in Pasadena, located in the notoriously smoggy Los Angeles valley. They also evaluated indoor air quality measurements made by other scientists. The team traced the molecules found in these air samples to their original sources using databases that show the specific volatile organic compounds released by specific products.

Consumer products that emit VOCs have an outsized effect on air pollution, the team found. About 15 times as much oil and natural gas is used as fuel than ends up in consumer products ranging from soaps, shampoos and deodorants to air fresheners, glues and cleaning sprays. And yet these everyday products were responsible for 38 percent of the VOC emissions, the researchers found, while gasoline and diesel emissions accounted for only 33 percent. Consumer products also contributed just as much as fuels to chemical reactions that lead to ozone and fine particulate matter. The emissions from consumer products also dwarfed those from the production of oil and gas, called upstream emissions.

Consumer goods like paints, inks and bath products make up only a tiny sliver of the sources releasing volatile organic compounds into the atmosphere. But they have an outsized impact, contributing about as much to VOC emissions as gasoline and diesel do.

Emission sources: Use versus contribution to smog

Regulations on VOCs vary by state, but most consumer products are regulated only for their potential contribution to ground-level ozone, not fine particulate matter. This study makes it clear that even though most volatile emissions from consumer products happen indoors, that air eventually gets vented outside, where it can contribute to larger-scale atmospheric pollution in multiple ways, McDonald said.

More work needs to be done to see whether other cities show the same pattern, the researchers add, as well as to figure out which kinds of VOCs might be particularly problematic. Because there are so many VOCs and they all react differently in the atmosphere, there’s still a lot to learn about which might be most likely to form fine particles and therefore be the best targets for reduction.

Part of the challenge with many these volatile-emitting products is that they’re specifically designed to evaporate as part of their job, says study coauthor Jessica Gilman, an atmospheric chemist at the National Oceanic and Atmospheric Administration in Boulder. For some products, like paints, there are low-VOC formulations available. But finding replacements for key ingredients in other products can be hard. Picking unscented versions of personal care products when possible and using the minimum amount necessary can help reduce the impact on air quality.