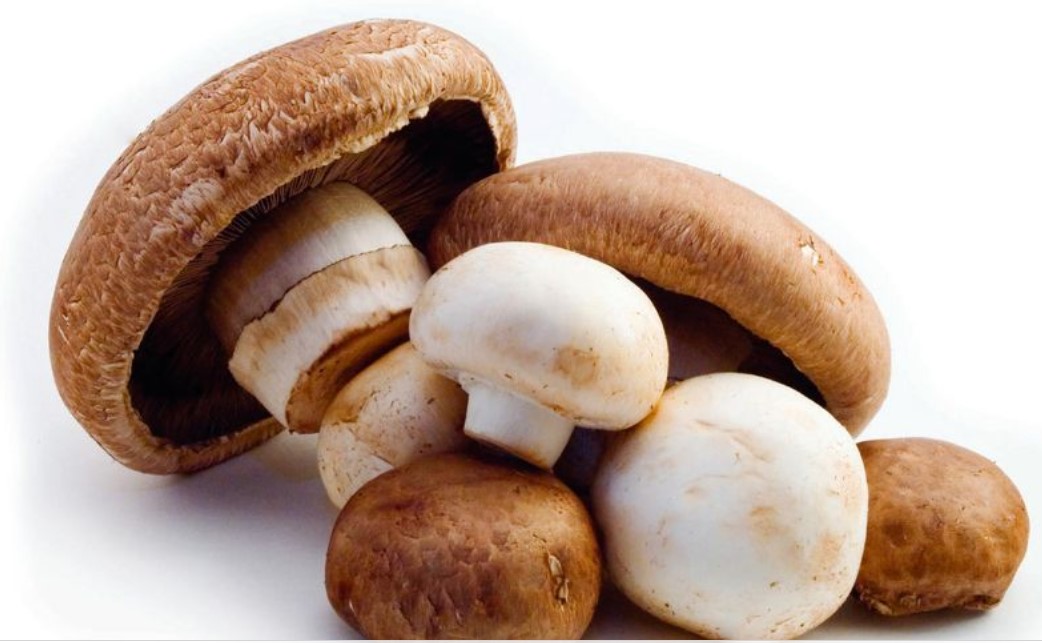 Understanding the nutritional impact of adding a serving of mushrooms on usual intakes and population nutrient adequacy using NHANES 2011-2016 data.

Researchers have identified another good reason to eat more mushrooms. New research , published in Food Science & Nutrition (January 2021) found that adding a mushroom serving to the diet increased the intake of several micronutrients, including shortfall nutrients such as vitamin D, without any increase in calories, sodium or fat.

Dr. Victor L. Fulgoni III and Dr. Sanjiv Agarwal modeled the addition of mushrooms to National Health and Nutrition Examination Survey (NHANES) 2011-2016 dietary data looking at a composite of white, crimini and portabella mushrooms at a 1:1:1 ratio; one scenario including UV-light exposed mushrooms; and one scenario including oyster mushrooms for both 9-18 years and 19+ years of age based on an 84g or ½ cup equivalent serving.

“This research validated what we already knew that adding mushrooms to your plate is an effective way to reach the dietary goals identified by the DGA ,” said Mary Jo Feeney, MS, RD, FADA and nutrition research coordinator to the Mushroom Council. “Data from surveys such as NHANES are used to assess nutritional status and its association with health promotion and disease prevention and assist with formulation of national standards and public health policy (CDC, 2020).”

Mushrooms are fungi – a member of the third food kingdom – biologically distinct from plant and animal-derived foods that comprise the USDA food patterns yet have a unique nutrient profile that provides nutrients common to both plant and animal foods. Although classified into food grouping systems by their use as a vegetable, mushrooms’ increasing use in main entrees in plant-forward diets is growing, supporting consumers’ efforts to follow food-based dietary guidance recommendations to lower intake of calories, saturated fatty acids, and sodium while increasing intake of under-consumed nutrients including fiber, potassium and vitamin D. Often grouped with vegetables, mushrooms provide many of the nutrient attributes of produce, as well as attributes more commonly found in meat, beans or grains.

Mushrooms are one of the best dietary sources of sulfur-containing antioxidant amino acid ergothioneine and tripeptide glutathione Ergothioneine and glutathione contents in mushrooms depends upon the mushroom varieties, and oyster mushrooms contain more amounts of these sulfur-containing antioxidants than commonly consumed mushrooms: white button, crimini, or portabella mushrooms. The addition of a serving of commonly consumed mushrooms and oyster mushrooms would be expected to add 2.24 and 24.0 mg ergothioneine, respectively, and 3.53 and 12.3 mg glutathione, respectively, to the NHANES 2011-2016 diets based on published literature values.

More Research from the Mushroom Council Still to Come

With mushrooms growing in awareness and consideration among consumers nationwide, in 2019, the Mushroom Council made a $1.5 million multi-year investment in research to help broaden understanding of the food’s nutritional qualities and overall health benefits.

In addition to the analysis of mushrooms for bioactives/ergothioneine for inclusion in USDA FoodData Central database, additional research projects approved include:

Since 2002, the Council has conducted research that supports greater mushroom demand by discovering nutrient and health benefits of mushrooms. Published results from these projects form the basis for communicating these benefits to consumers and health influencers.