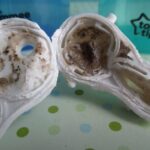 A sippy cup company is under fire.

These photos show moldy sippy cups. Worse, the women allege that people can’t get rid of the mold when they try washing the cups.

Unsurprisingly, the moms are not happy about this.

According to Marie-Pier S. L’Hostie’s post (translated from French), her friend was wondering why his son had gotten sick, so he called Tommee Tipee. He got an unfortunate response.

“My friend Simon O’kanada wondered why his son was always sick. He broke the anti-spill top of his ‘Tommee Tippee’ bottle and discovered mold inside the mouthpiece. It doesn’t wash and can’t be seen unless it is broken open. He called the company, and the lady on the phone laughed out out loud. Several moms on other groups have also discovered mold after my post in another Facebook group, so I’m sharing you. If you please, those who have these cups, pay attention! Being washed by hand or in the dishwasher, the mold will stay there!”

Her friend Penny Powell shared the story (and nasty photos) as well, and said that the unsettling mold could only be seen if it the anti-spill top was broken open. She wrote that other mothers in a Facebook group complained about the issue.

She encouraged parents to share the issue and to complain to the company.

The photos that the women shared tell the story — there’s tons of mold right below where the mouthpiece is. 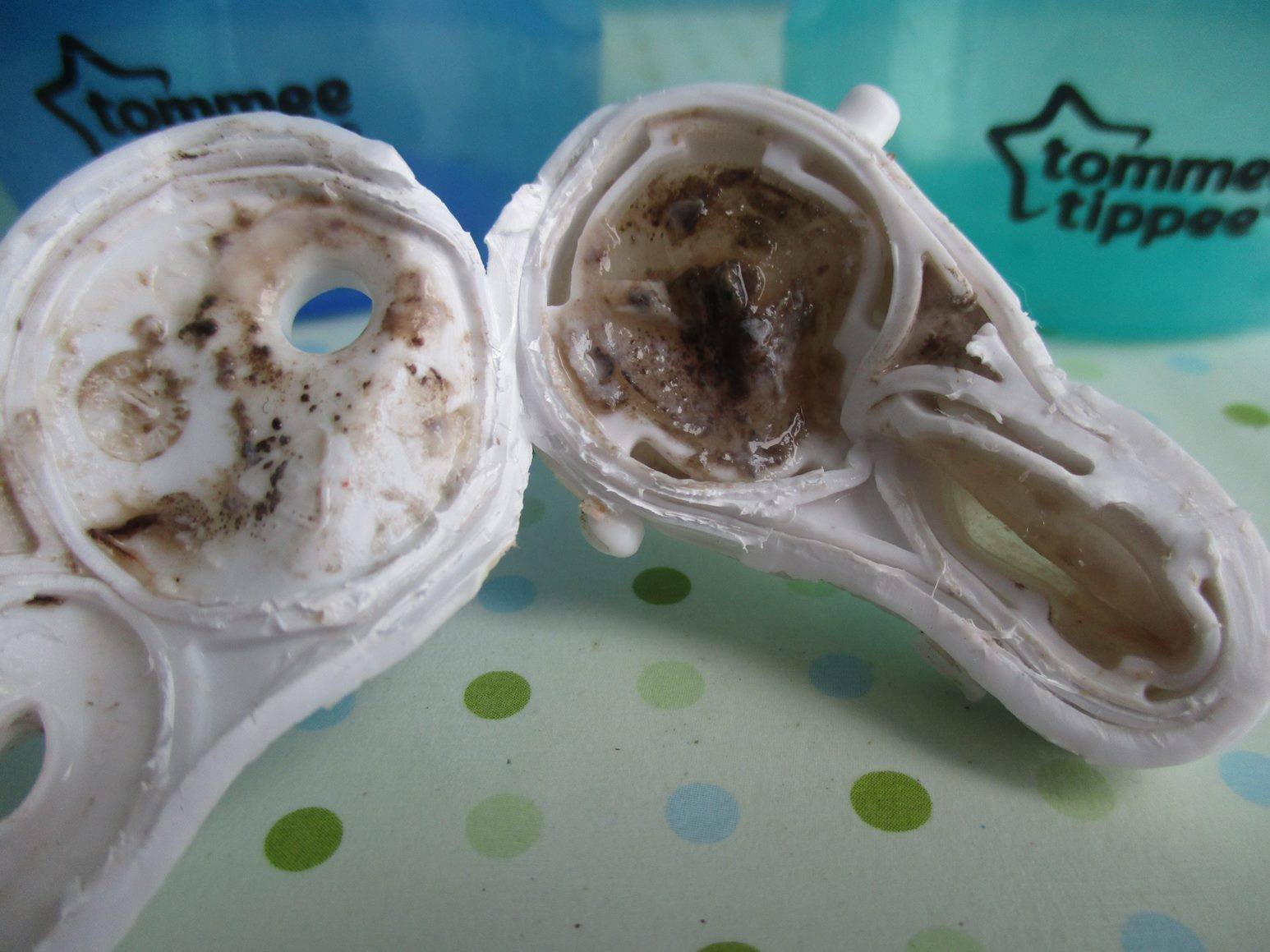 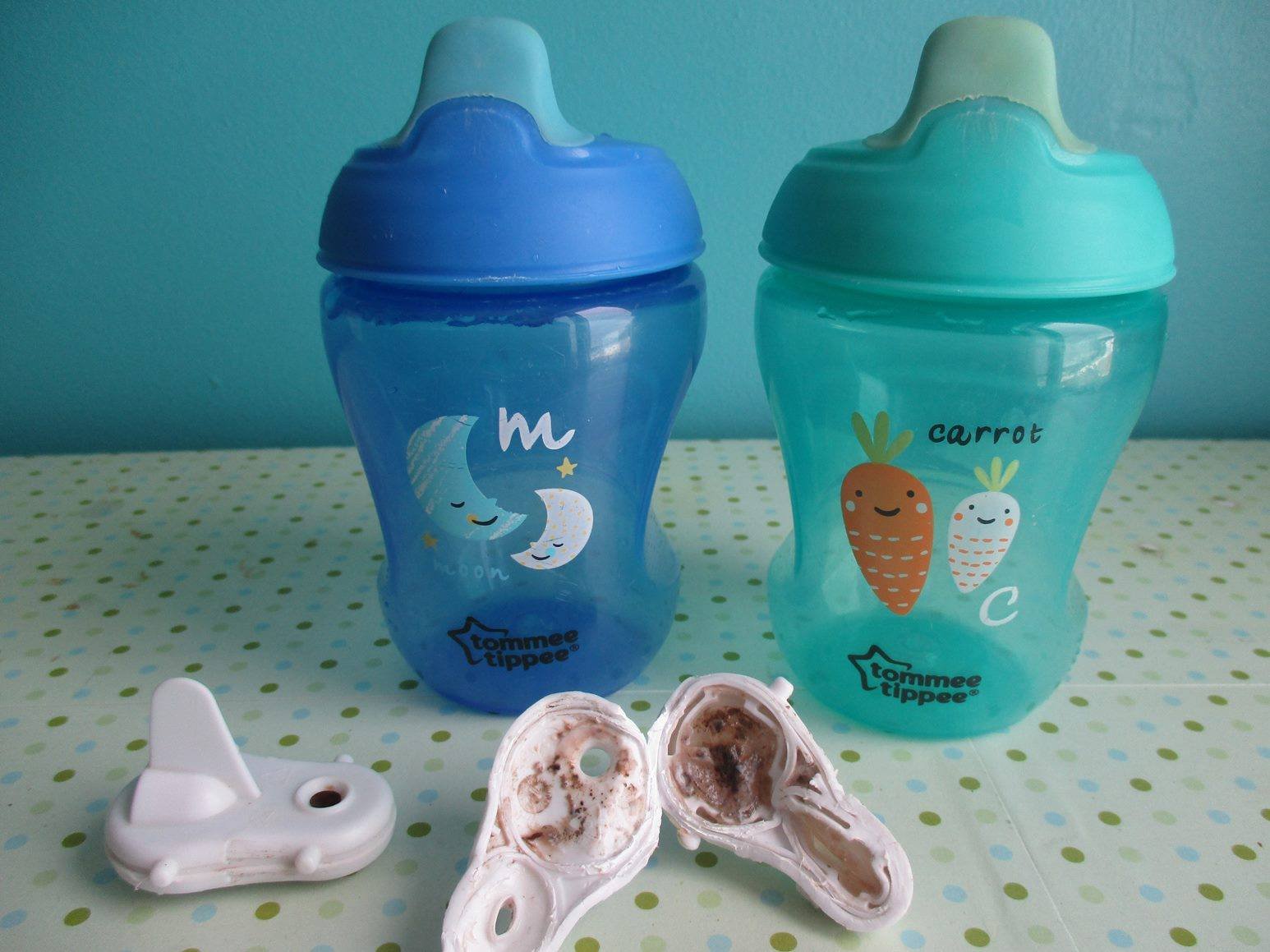 Tommee Tippee responded in a Facebook post to the angry parents, apologizing and claiming to be “actively working on the subject.”

The company pointed to an FAQ section on its site describing how to pope-rly use the cups, but also said that the company could not find “any trace of the conversation with [the original friend who discussed the issue], however we ask him to contact us by private message so that we can answer him directly.”

In a statement to Buzzfeed, the company advised consumers to use the cups with “recommended liquids” which include “cold, light fluids including water and non-pulp juice” and to clean the cups according to the instructions. ” Difficulties have arisen though when liquids that are not recommended for use in the cups have been used, like thick formula milk, pulpy juice and warm liquids. We also recommend that cups are not left for long periods before being cleaned,” the company added.

Tommee Tippee did say in the statement that “we understand that the well being of little ones is paramount and we can reassure all parents that we have extensively tested the valves,” and again, encouraged troubled. consumers to reach out ot them.

You can view the original Facebook complaints in full below.