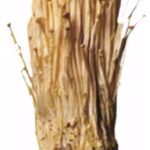 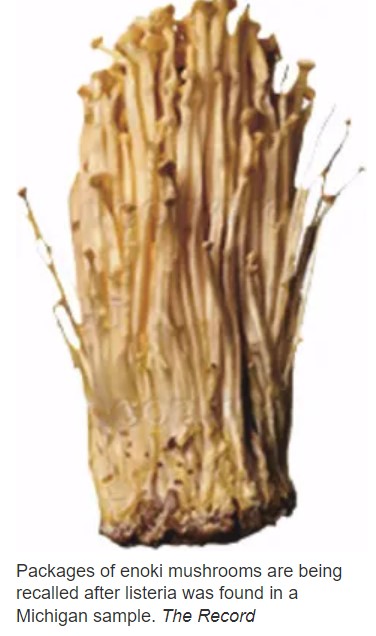 Green Day Produce Inc., based in Vernon, California, announced on Nov. 17 that it is recalling 7.05-ounce packages of enoki mushrooms after a sample tested positive for listeria monocytogenes contamination. The full recall announcement was posted by the U.S. Food and Drug Administration on FDA.gov.

The contaminated products were discovered when a retail sample was collected and analyzed by the Michigan Department of Agriculture and Rural Development (MDARD), revealing the presence of listeria monocytogenes in a 7.05 oz. package of enoki mushrooms.

Listeria can cause serious illness, sometimes fatal, in young children, frail or elderly people, and those with a weakened immune system.

The product recalled was distributed nationwide to distributors and retail stores. It’s sold in a clear plastic package that has no lot code or date on it and has “Enoki Mushroom” on the front and Green Day Produce Inc. on the back. The product UPC is 16430-69080 on the back of the package.

No illnesses have been reported and distribution has been suspended. Customers are urged to return the enoki mushrooms to the place of purchase for a refund.