Porter Ranch gas leak: How officials are testing the air 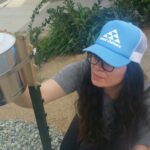 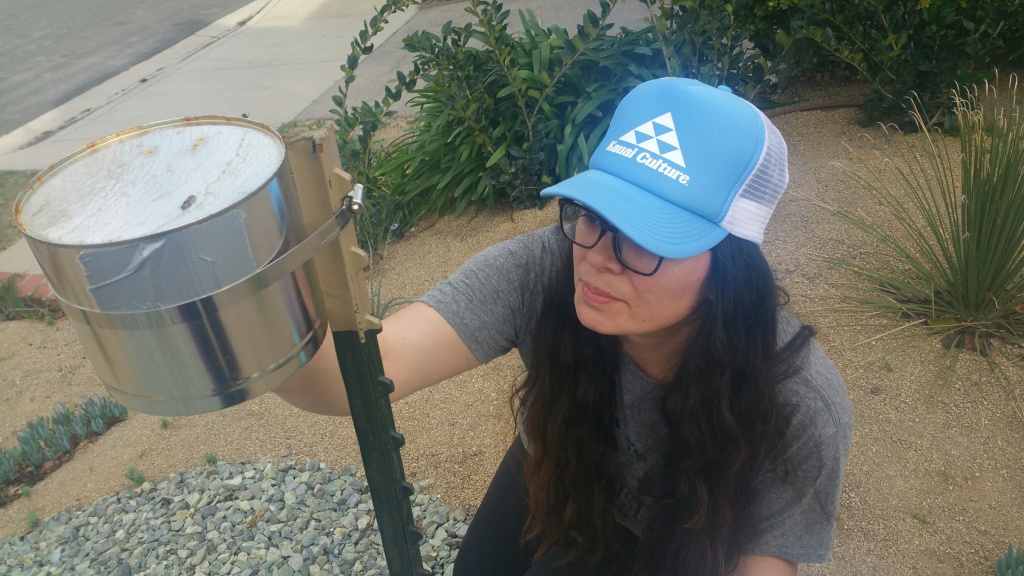 As the massive leak at the Southern California Gas Company facility in Porter Ranch continues to spew methane  into the air, local public health officials say the levels of toxic compounds and other chemicals measured so far appear to pose no elevated risks for long-term health effects.

Some independent experts, however, question whether the scientific community has enough information to reach that conclusion.

The uncertainty extends to mercaptan, the sulfur-based compound added to the otherwise odorless methane gas to give it the stinky scent that allows humans to detect leaks. At the levels that have occurred in Porter Ranch, mercaptan can cause a variety of symptoms, including nausea, vomiting, bloody noses and respiratory problems.

“People are having physiological reactions to these odors and they are coming down with real symptoms,” says Dr. Cyrus Rangan, toxicologist for the Los Angeles County  Department of Public Health. “And that’s why we issued the directive to (temporarily relocate)  people who wanted to be moved out.”

But Rangan adds that the symptoms persist only as long as the odor persists. The Department of Public Health issued a report this week saying mercaptan is  “not associated with long-term health effects.”

Others are less sure.

“What we don’t know is what are the long-term effects to being exposed for several months to the mercaptans and related compounds,” says Dr. Frank Gilliland, a professor of preventive medicine at USC and director of the university’s environmental health center.

Gilliland also says that exposure to the carcinogen benzene found in the natural gas at Porter Ranch poses another ongoing health risk that may not be easy to measure.

“The scientific data base is very limited,” he says, “so we have little scientific information to respond to community concerns about the long-term effects on the health of people in general but also specifically [the potential effects] on children and pregnant women.”

Michael Jerrett, chairman of UCLA’s environmental health department agrees. “The issue is, we don’t have a baseline” of comparative population studies, he says.

As the scientists continue to grapple with how best to measure the potential health effects from the gas leak, here are some questions and answers about the testing at Porter Ranch.

1.  How does the testing work and who is doing it?

Since the leak was reported, Southern California Gas Co. has been checking the levels of benzene, methane and some other chemicals at its gas storage facility in Aliso Canyon. Three weeks ago, the Department of Public Health implemented a plan for expanded, round-the-clock air monitoring.  Officials say that’s now happening at three locations inside the gas company’s Aliso Canyon Natural Gas Storage Facility; at six locations along the facility’s fence line and at three sites within Porter Ranch.  There are two 12-hour monitoring intervals each day.

The expanded monitoring began Jan. 12. Up until then, air samples were collected ten times a day for ten minutes at a time.

In addition, the South Coast Air Quality Management District is conducting independent air sampling for methane and some other compounds. L.A. County Public Health then checks those findings against the measurements provided by SoCal Gas.

2. Why is benzene found in this gas leak and what kinds of health problems can it pose?

The natural gas stored in Aliso Canyon facility area was injected into underground caverns that once stored oil, which contains benzene – a carcinogen.  In addition, trace impurities in natural gas often can contain benzene and other compounds (including radon, toluene, ethylbenzene, xylene and organometallic compounds such as methyl mercury).

So far, health officials say that most of the gas company’s tests show benzene levels below what is considered dangerous for long-term exposure. The state says long-term benzene exposure at 1 part per billion (ppb) elevates an individual’s long-term risk of cancers, including leukemia. Most recent testing shows the highest average levels at about .4 ppb.  The Department of Public Health says prior testing – carried out in about 1,400 of those shorter ten minute monitoring increments —  did turn up about 15 readings that were higher than 1 ppb, including one at about 5.6 ppb.

3. Are occasional, high levels of benzene something to be worried about?

“When you go to a gas station you may be breathing in benzene levels that could be as high as 30 or 40 or even 50 ppb, so having a 5.6 ppb for a little while, in general, would not lead someone to believe that someone is going to have acute health effects or chronic health effects,” he tells KPCC.

Still, Rangan says environmental conditions can change and you never know when levels will change. So he says it will be important to conduct a lot more testing before officials can reach any definitive conclusions.

4. Another big concern among residents is the potential flammability of the escaping methane gas. Is it a safety hazard?

5. What do Porter Ranch residents think about monitoring efforts?

Some don’t trust the gas company, in part because of its delays in reporting the initial leak.  And many residents have said they also don’t trust public health officials to be in charge of the testing, especially in light of the Exide battery recycling plant’s lead contamination that went on for years before officials closed the facility.

USC’s Gilliland and UCLA’s Jerrett agree that it’s critical for the gas company, which must pay for health testing, to do so in a way that distances the firm from conflicts of interest – real or perceived. “Because the last thing you’ll want to do is to do a study that has the gas company’s fingerprints all over it and [then] none of the residents are going to believe the results,” Gilliland says.

Gilliland suggests SoCal Gas should  follow the lead of  British Petroleum. After that company’s massive 2010 oil spill in the Gulf of Mexico, it paid the Foundation for the National Institutes of Health to conduct health testing, Gilliland says.

6. Is there any independent testing underway now at Porter Ranch?

Yes. UCLA’s Michael Jerrett organized a team of three volunteer students to set up and monitor 21 measuring stations. Most are in Porter Ranch; one is 5.5 miles away in Northridge. The majority of the stations are taking two-week long samples. But six specialized instruments, on loan from the University of Cambridge, are providing air readings every 10 seconds. And they also contain a small built-in weather station that measures wind direction, temperature and humidity.

7.  When will those independent results be available?

Perhaps as early as next week, Jerrett says.