Preventing the Next Outbreak of Legionnaires’ Disease 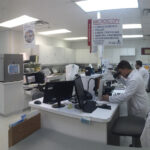 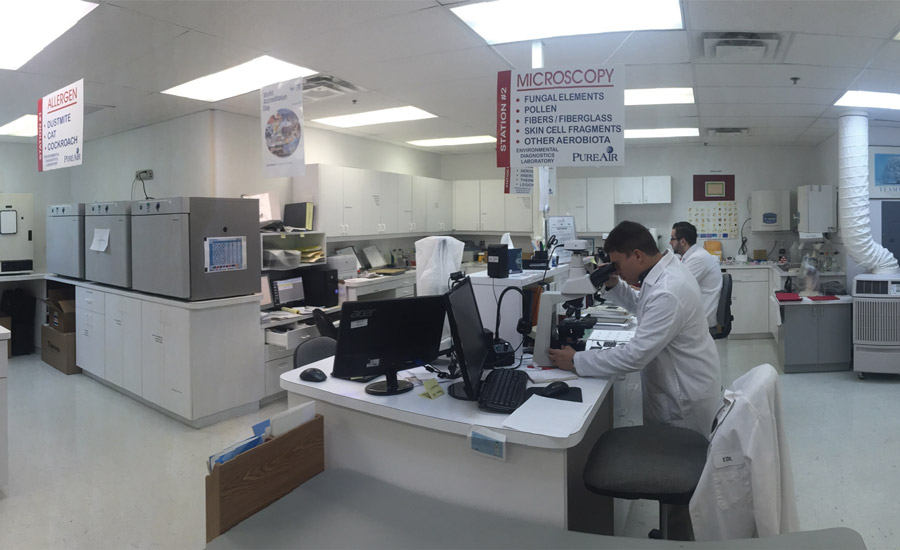 The recent major Legionnaires’ disease outbreak in New York City that sickened at least 127 people and killed 12 could have been prevented. Multiple cooling towers in the South Bronx were found to be infected with Legionella bacteria. Regular service and maintenance would have eliminated the problem. But, it’s not just cooling towers that need to be maintained.

The first recognized outbreak of Legionnaires’ disease was initiated in July 1976 following an American Legion convention in Philadelphia. Attendees started to become sick, and several passed away. According to the New York Times, 221 individuals eventually became ill and 34 died.

By January 1977, the U.S. Centers for Disease Control and Prevention (CDC) identified Legionella bacteria as the cause and found it in the cooling tower of the Bellevue-Stratford Hotel, where the convention took place.

According to the CDC, Legionnaires’ disease is a severe pneumonia caused by Legionella bacteria. A milder, flu-like form of the disease is known as Pontiac fever. The two illnesses are also often referred to as legionellosis. People most at risk are older people, current and former smokers, those with chronic lung disease, and those with a weakened immune system. Death has been reported to occur in as many as 30 percent of Legionnaires’ disease cases.

The CDC notes that Legionella bacteria are found naturally in the environment, usually in water. These bacteria grow best in warm water often found in cooling towers, decorative fountains, hot tubs, hot water tanks, and large plumbing systems. People can contract Legionnaires’ disease when they breathe in a mist or droplets containing the bacteria. The bacteria are not spread person-to-person.

Since Legionella are found naturally, Legionnaires’ disease is not limited to the U.S. Major outbreaks have also occurred in Canada, the Netherlands, Portugal, and the U.K. The largest known outbreak occured in Spain.

Richard Gerbe, cofounder of Highmark in New York City, which operates multiple divisions focusing on HVAC, energy services, and water management, added that other favorable conditions include warm water stagnation, pH levels between 5.0 and 8.5, and sediment that tends to promote the growth of commensal microflora.

As for when outbreaks occur, Sahay said there are limited data available on periodicity of Legionella outbreaks. “However, a historical review indicates that summer months between July and August are more vulnerable than other times of the year in the U.S.”

When it comes to cooling towers, Gerbe said: “The dust and debris that bacteria like to propagate in can be removed and kept out through proper maintenance, filtration, water treatment, and monitoring. This will control the growth of bacteria, such as Legionella, and ensure that outbreaks, such as Legionnaires’, are prevented.”

To perform mechanical maintenance on a cooling tower, it should be cleaned of all debris at startup, said Turrisi. “All nozzles should be cleaned and functional [if applicable]. Tower fill drift eliminators should be inspected and replaced, if necessary, to ensure proper heat transfer. Belt tension should be checked and changed, as needed [if applicable]. Gear box oil should be changed frequently, even at shutdown, to prevent condensation. If applicable, check the tower fan starter, contacts, overload relays, and magnetic coil. Make sure all strainers are cleaned frequently and all water treatment feeds are functional. Make sure fan blades are pitched properly.”

For cooling tower maintenance, Gerbe said, “The goal is to keep the unit as clean as possible.” To achieve this, he suggested a contractor “conduct ongoing inspections to identify any mechanical deficiencies; repair any mechanical issues a cooling tower may have — such as leaks and broken panels, fans, and infill — so it operates as designed; ensure drift eliminators are sufficient and functional; and perform regular cooling tower cleanings.”

Gerbe also recommends systematic filtration. “The cooling tower water must be filtered on a continuous basis to remove the debris at, or close to, the hypothetical rate of collection to impede build-up or accumulation.”

As for monitoring a cooling tower, Turrisi said, “Condenser water loops vary from building to building in terms of cleanliness. I think once a month is adequate.”

Water treatment includes control of scale and biological contamination. Regarding the use of biocides, Philippe Boileau, a consulting chemist based in Montreal, said, “Biocides are ineffective if microbes are hiding inside the protection of mineral deposits. You have to clean first and then disinfect and decontaminate.

“Biocides do not work where they do not go,” continued Boileau. “Make sure to circulate everywhere when you inject a biocide. Coordinate with control people to make sure the required pumps are activated when and as long as required.” Also, he added, “Use as much as required, but no more than needed. Knowing the volume of the system, make sure you inject enough to reach the minimum required concentration for the minimum required contact time at given water conditions. When you inject in the middle of the day, where water demand is high, it’s possible your biocide will get diluted before it has the time to be efficient. Try injecting it right before evening hours, when demand is minimal and contact time is maximal, if you can.”

Boileau also noted one of the important aspects of cooling tower management is aerosol dispersion limitation — minimizing the number of droplets that could get into a person’s lungs. “Drift eliminators are important to limit aerosol dispersion. If there are no aerosols, there is no legionellosis.”

Mario Bellavance, founder of Blue Heron Cooling Tower Inc., Sorel-Tracy, Quebec, Canada, who now works on a consulting basis, said it’s important to inspect drift eliminators to check their condition. “Damaged sections can mean higher air velocities and more drifts in the air,” he said. “You also have to check the water distribution system and nozzles. Water can be splashed in the drift eliminators, which will result in higher risk.”

Pearson said the new ASHRAE Standard 188 came from ASHRAE Guideline 12-2000, “Minimizing the Risk of Legionellosis Associated with Building Water Systems.” ASHRAE decided to expand the guideline into a standard.

Standard 188 references Guideline 12 because it provides guidance and recommendations that are beyond the scope of a standard. “The standard tells you what to do, but it doesn’t tell you how to do it,” said Pearson. The building owner and mechanical contractor should use Guideline 12 as well as follow the manufacturer’s guidelines and water treatment specialist’s recommendations. And, ASHRAE Standard 188 covers all building water systems, not just cooling towers.

The CDC estimates 8,000 to 18,000 cases of Legionnaires’ disease occur annually in the U.S., but because it’s a type of pneumonia and patients must be tested for Legionnaires’, “We really don’t know the actual number of cases,” Pearson said. Many think the CDC’s estimate “may only be 10 percent of the total cases.”

As for whether cooling towers should be tested specifically for Legionella, Pearson said he personally feels they should. “A total bacteria test doesn’t tell you if you have Legionella.”

Sahay agreed, stating testing should be done “periodically every six months due to the seasonality of water systems.”

On the other hand, Boileau said, “It’s better to test, in my view, for the conditions favorable to Legionella growth rather than test for Legionella pneumophila itself. Do you have a biofilm? Get rid of it.”

However, Pearson said, “You should not do Legionella testing without a plan of action.” You should focus on prevention, he said. And, if you find Legionella, you should have a plan in order to make decisions based on the specifics of the cooling tower or building water system to control legionellosis.

SIDEBAR: OUTBREAKS CONTINUE ACROSS THE US

In late August and early September, an outbreak of Legionnaires’ disease occurred at the Illinois Veteran’s Home in Quincy, Illinois. As of Oct. 1, the Illinois Department of Public Health reported 54 cases of the disease and 12 deaths. The source of the outbreak had not yet been determined.

Also in late August and early September, a Legionnaires’ disease outbreak sickened more than 80 inmates at San Quentin State Prison in San Quentin, California. On Oct. 1, the San Jose Mercury News reported that two contaminated cooling towers at the prison were being blamed for the outbreak.

And, in late September, another Legionnaires’ disease outbreak arose in New York City in the Bronx. As of Sept. 30, the New York City Department of Health and Mental Hygiene reported 13 people sickened and one dead. Cooling towers were again suspected as the source. Thirty-five cooling towers in the area were sampled for Legionella and 15 came back with positive results.