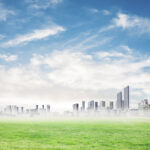 There is a culture change going on in healthcare as a result of deaths from microbial, bacterial, mold or legionella outbreaks, according to Alan L. Wozniak, president and CEO of Pure Air Control Services Inc., a Florida-based indoor air quality firm.

One in 25 hospitalized patients are affected by a healthcare-associated infection (HAI), according to the U.S. Centers for Disease Control and Prevention (CDC).

The implications of HAIs were spotlighted last summer and fall by deaths attributed to a mold cluster at a two Pennsylvania hospitals, as well as a Legionnaires’ disease outbreak that killed 12 people in the South Bronx.

While Wozniak typically receives calls for reactive testing — asking him to identify the source of a problem — he’s fielding more and more calls for proactive assessments. With goals of limiting risk and liability, healthcare facility managers want to identify potential issues before they become widespread problems.

Wozniak advocates for baseline biological, chemical and environmental sampling before a problem arises.

“Hospitals in the past, historically, didn’t test for environmental microbiology—with the exception of surgical suites,” he says. “Hospitals, as a whole, are really not addressing this. They clean and try to maintain as best they can, but baseline testing is limited, at best.”

A preliminary report from the U.S. Centers for Disease Control and Prevention pointed to a ventilation system in a room where three patients were treated as a possible transmission mode for the fungal infections. The CDC did not provide an explanation for the death of another patient at UPMC Montefiore hospital last fall.

Ed Dudek, UPMC assistant vice president of facilities, engineering and maintenance, says UPMC has air quality monitors throughout its facilities and has a team prepared to investigate any abnormal findings 24/7.

“UPMC has monitors throughout our facilities that set off alarms at any indication that air quality has been compromised,” Dudek said, adding that a team is ready to respond 24/7.

Around the same time, an outbreak of Legionnaires’ disease killed 12 people in the South Bronx and hospitalized many more. Cooling towers on the Bronx Psychiatric Center and Albert Einstein College of Medicine were found to be contaminated.

“Infectious diseases that can be transmitted long distance by aerosols, such as airborne infections, can result in large clusters of infection in a short period,” Gasana said. “This makes a case for the proper isolation of these diseases, which is critically important.”

Dr. Rajiv Sahay, director of Pure Air’s Environmental Diagnostics Laboratory (EDLab), said in a hospital setting, mishandled dressing materials can incubate bacteria and blood borne pathogens. Those microorganisms can become airborne, creating a biogenic contaminant. The proximity of susceptible individuals in one area—such as a healthcare setting—creates an immediate problem.

“For patients in a cancer ward, where immunity is very low, even low doses of microorganisms will cause great harm,” Sahay said. “We highly encourage those kinds of wards to be aware of environmental monitoring, as well as some basic or fundamental air quality testing.”

He added that 5 percent to 15 percent of hospitalized patients come out of a hospital with an HAI. The chances of acquiring an HAI increase significantly for patients in intensive care units.

Most people spend the majority of their time indoors, so indoor air quality can have a significant impact on the health of buildings and the people in them.

“Inside a surgical suite everything looks fine, but above it could be a dirty air handling unit,” said Sahay, whose EDLab performs indoor environmental lab analysis, including microbiology, aerobiology, allergen assays and microscopy.

“We’re the building practitioner—the doctor of the building,” Wozniak said of Pure Air. “A doctor will do a battery of tests to determine baseline conditions. We’re doing the same thing with the building.”

• Storage and handling of medical apparatus/devices/materials/utilities

Wozniak said in studying more than 600 million square feet in more than 10,000 buildings over 30 years, 80 percent of problems are related to the HVAC system.

“The HVAC system is the bowels of the building. It’s how the building breathes,” he said.

“If the HVAC system is not operating at optimum conditions—often times it’s running at 20 percent to 30 percent to 40 percent capacity — that’s what’s causing a lack of humidity control or is carrying moisture to the filtration system, causing microbials to flourish and continue downstream.”

In his 30 years in the business, Wozniak said the primary reason outbreaks occur is building neglect.

“The primary reason this is occurring is during down economies, the first thing to go is the maintenance budget,” Wozniak said. “It’s a run-to-fail approach, whether it’s a hospital, school, office building or university.

“Deferred maintenance is the primary cause of today’s infections.”

Wozniak said his team forensically identifies the origins of a contaminant by comparing samples from the complaint area to samples taken from a baseline (unaffected) area outside of the complaint zone.

Depending on the type of analysis necessary, results can take hours, days or even weeks, said Sahay.

Microscopy for identifying microbes, for example, is a quick test and results can be available within hours or days. And some microbes grow faster than others. Bacterial testing can take 48 hours, while mold can take five to seven days. Testing for staph can return results on the same day due to antigen and antibody reactive technology.

Dudek said a key internal cultural component UPMC values and recommends is that its Infection Prevention; Facilities, Engineering and Maintenance; and Environmental Health and Safety departments all acts as a team.

“There are multiple weekly meetings and daily interaction that enable a deeper appreciation for all aspects involved to both establish and manage infection prevention programs,” Dudek said. “One of the driving aspects and understandings that we share within our groups is that environments can change quickly; and it’s not enough to have policies or procedures in place, but to manage these constantly with surveillance and testing to identify changes immediately and proactively address possible risks.”

Wozniak recommends air quality checks every six months for healthcare systems. In cases where an environmental cleanup is conducted, he recommended monthly checks for a period of time to ensure conditions are maintained.

“If a hospital is well managed and they have a routine IAQ program, problems can be minimized,” Wozniak said. “Several hospitals take it seriously. Many hospitals are reluctant. It’s not until they have a problem that they get energized and start doing damage control.”