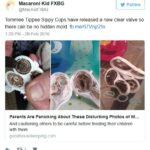 Mothers in central Ohio discovered what looked like mold in sippy cup valves. WSYX/WTTE went to a private lab, Remedial Solutions, LLC to have a couple of the valves tested. Experts did not find mold but instead discovered thousands of colonies of bacteria growing in a petri dish over several days. That’s actually worse, said Kirk Ferchert, a bioengineer and mold expert with Remedial Solutions.

“As a parent, I would be very concerned,” he said. “There are lots of bacteria like staph, E. coli and other things that are not good things that aren’t mold.”

Despite washing the Tommee Tippee sippy cups that are designed to avoid spills, there’s no way to clean the valve without prying the plastic mouth piece apart. The company has since changed the design in recent weeks after receiving complaints across the country. 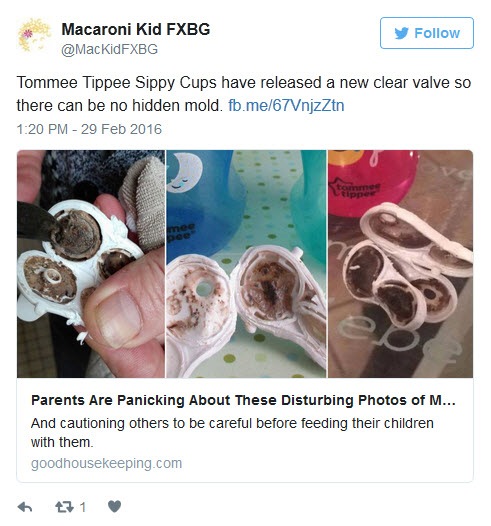 Mother Andrea O’Keefe was disgusted when she first discovered the discolored and smelly valve, after prying it open with pliers. She said she believes it’s what made her daughter sick for more than a month.

“I really want to know,” O’Keefe said. “It looks like mold, and that’s gross, and my daughter was drinking through it.”

Tommee Tippee, the company responsible for this style of sippy cups, apologized through a statement on Facebook. Now, the new sippy cups just launched to replace the old ones have see-through valves that come apart to clean. Tommee Tippee sent new ones to moms like O’Keefe.

“Check your kid’s cups,” she said. “Definitely check to make sure they don’t have the old valves.”

Ferchert recommends making sure your child’s sippy cup can be properly cleaned. He said to consider buying a special brush for those hard to clean places.