The next asbestos? What you need to know about silica 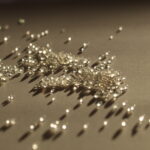 TV programs and tightening credit are prompting more Australians to renovate their homes while evidence mounts that kitchen upgrades can have deadly consequences for tradesmen.

Silica from stone benchtops is responsible for serious and sometimes fatal health problems for the workers who cut and install these products.

Here’s what you need to know if you’re thinking about adding one to your home.

What’s the problem with silica?
Crystalline silica has been implicated in the deaths of numerous stonemasons who have worked on benchtops. The law firm Slater and Gordon announced in March it was in the early stages of mounting a national class action against manufacturers, as authorities brace for a health crisis that could be worse than asbestos.

Silica is found in stone, rock, sand, gravel, clay, bricks, tiles and concrete, and in artificial stone, natural stone and some plastic benchtops.

Silica dust is 100 times smaller than a grain of sand, and exposure can lead to lung cancer, silicosis, chronic obstructive pulmonary disease and kidney disease.

WorkCover Queensland has accepted 164 worker compensation claims for silicosis from stonemasons in the benchtop industry. WorkSafe Victoria received 28 claims for silica-related conditions in 2018, and 15 workers have died from the disease since 1985. SafeWork NSW has had 12 silicosis claims. Tasmania has had five cases.

In 2011, about 587,000 Australians were exposed to silica dust at work and an estimated 5,758 will develop lung cancer over the course of their lives, according to the Cancer Council.

All states and territories other than the ACT have banned uncontrolled dry cutting, in which the dust is not controlled by water or extraction.

Canberra designer Stephen Collins said his family was conscious of the occupational health and safety issue when they started researching kitchen designs, having read about silicosis cases in the media.

“It’s all very nice to have a granite benchtop … but if someone is potentially going to die in 20 years because of your granite benchtop, then that’s not a good reason to have one,” Collins told Guardian Australia.

Collins toured the Granite Transformations factory in Goulburn to satisfy himself that the company was looking after workers’ safety.

He said the tradies who installed the family’s benchtops were “completely paranoid about safety”.

“Everyone on the site on the day was wearing a face mask, not just a surgical mask, but a mask with breather [valves].”

He said the tradie cutting the stone benchtop in his garage was wearing a Hazmat suit, and an industrial-strength extraction fan was in action.

Which materials are safer?
“One thing consumers could do is ensure they order natural stone, not artificial ones [because of the lower silica content],” Sutton told Guardian Australia. “That’s a massive difference to the worker in terms of exposure levels.”

Artificial stone benchtops can contain more than 90% silica, whereas natural stones such as granite contain between 25% and 40%.

Marble is a more expensive option – $800 for a square metre but up to $3000 after installation.

Granite can range from $700 to $1,700 per square metre, including installation.

What are authorities doing about silicosis?

Safe Work Australia, the national body that develops work health and safety policies, has decided to cut the silica dust exposure limit from 0.1 milligrams per cubic metre over an eight-hour shift to 0.05 milligrams.

But the new limit won’t come in for three years and has to be ratified by state and territory governments.

The Cancer Council of Australia, unions and Victorian government wanted the limit to be set at 0.02 milligrams per cubic metre, which would make the nation a world leader. But business groups had been arguing for the status quo.

Victorian Michael Nolan, 33, was diagnosed with silicosis in March after cutting stone benchtops for a decade, and has a life expectancy of only five to 10 years if he does not get a lung transplant soon.

“What they really need to look at is banning the products at 98% silica and having some sort of limit [on silica content],” Nolan said. “We may as well be making benchtops out of asbestos.”

The engineered stone is manufactured in countries such as Italy and Israel. Raw stone slabs are imported into Australia, where workers cut, grind and polish the stone.

Hunt wrote he was “extremely troubled by the recent surge in cases of silicosis”.

“I think the market forces are going to be innovative and products will be created in order to replace those silica-based products that are coming in,” Walsh said.

How is the industry reacting?

The Australian Stone Advisory Association, an industry group which covers 70% of manufacturers, insists that calls for import controls and moratoriums on engineered stone are unnecessary and the focus should be on safe work practices.

“Silicosis is preventable – what we are seeing now is the re-emergence of an old disease reflecting inadequate work health and safety practices with a comparatively new material,” the association said.

“Work practices that allow the safe use of engineered stone include wet cutting, the use of local exhaust ventilation, on-tool extraction and respirators to ensure the protection of worker health.”

Stone benchtop manufacturers are keen to emphasise their products are completely safe once installed.