US bald eagle population growth drops due to lead poisoning. 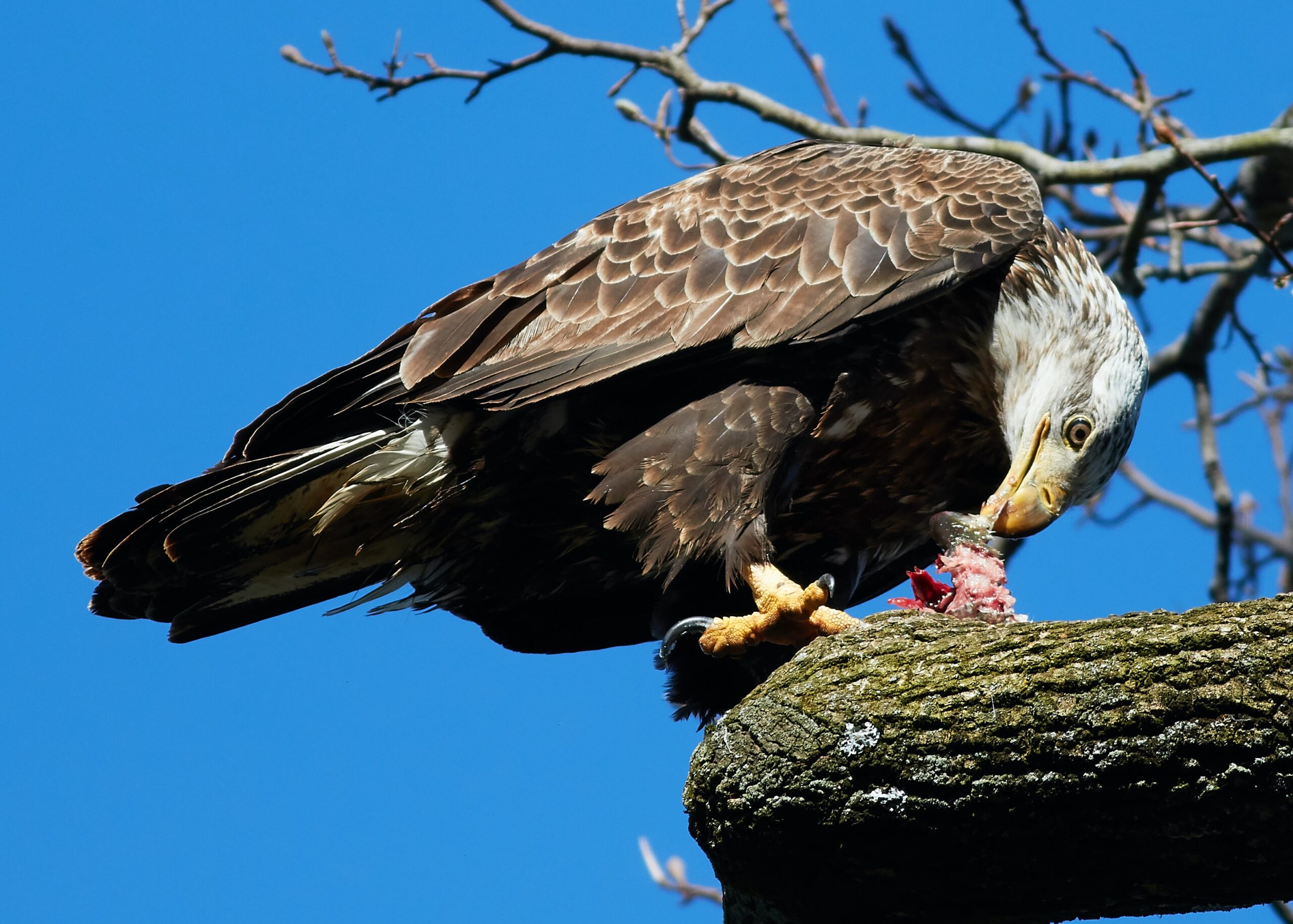 Bald eagles may have recovered from near extinction, but the birds are now at risk of another threat – lead poisoning.

Their population growth in the Northeast is decreasing by up to six percent due to the birds eating gunshot ammunition in organs of other animals left on site after being shot by hunters.

The diminishing population growth rates have the potential to erase cushions that protect the once-endangered eagles against unforeseen events, according to a team of scientists led by Cornell University.

Researchers also noted bald eagles were not the only animals feasting on animal remains left after a kill, as owls, crows and coyotes are also eating the tainted meat and are contracting lead poisoning.

‘We haven’t collected data on these other species in the same way that we pay attention to eagles,’ said Krysten Schuler, assistant research professor in the ­Department of Public and Ecosystem Health at Cornell University and senior author on the study.

‘We’re putting eagles out there as a poster species for this issue, but they’re not the only ones being impacted.’

However, experts fear we could soon see a decline in the bird’s population.

‘Even though the population seems like it’s recovered, some perturbation could come along that could cause eagles to decline again,’ Schuler said.

The issue stems from hunters ‘field dressing’ kills, the act of removing internal organs on site.

A separate study from 2021 found bald eagles are also being threatened by poison used to eradicate rats.

More than 80 percent of dead bald and golden eagles examined between 2014 and 2018 were found to have rodenticide in their system.

The heavy-duty poison is an anticoagulant that thins the blood of mice and rats after being eaten, eventually killing them.

It’s designed to stay in its victims’ bodies longer, and can enter the system of a bird that preys on the dead rodent.

Only a small percentage of the birds had succumbed to anticoagulant poisoning, but the ones that did showed signs of heavy internal bleeding and were unable to form scabs or clots.

Experts said the widespread presence of this toxic substance in a species only recently brought back from the brink of extinction was ‘alarming.’