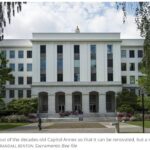 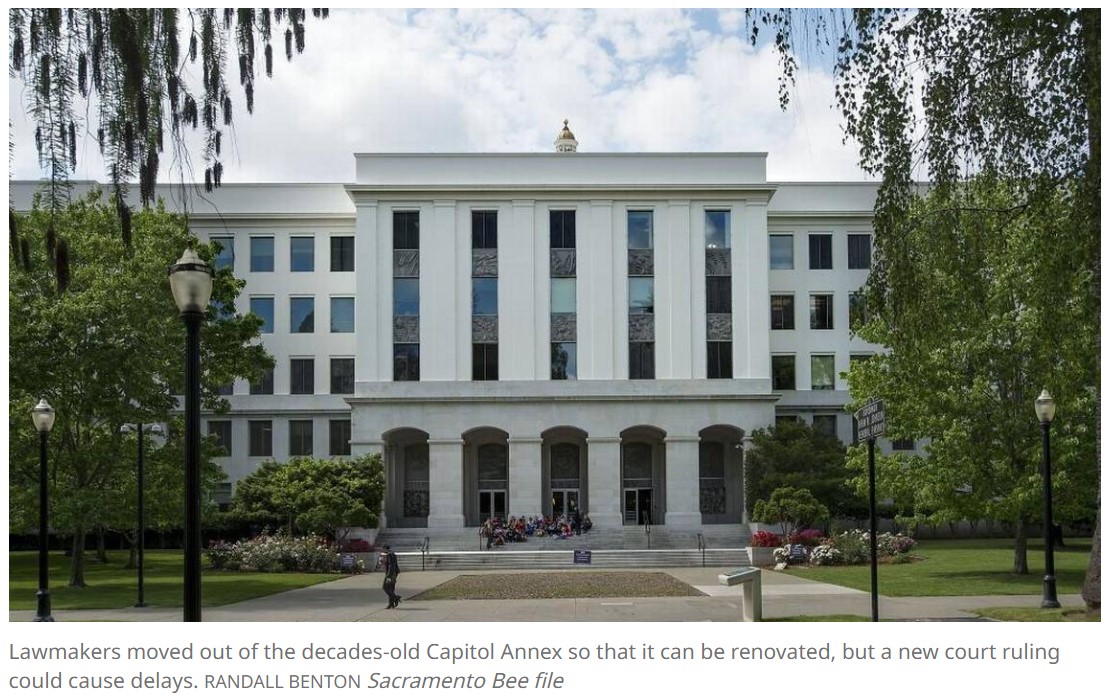 The future of the planned California Capitol annex is in limbo after an appeals court ruled that the project’s environmental impact report failed to comply with state law.

The Department of General Services did not provide the public with an accurate project description, or a thorough analysis of how demolition of the 70-year-old building would impact “historical resources and aesthetics,” a majority of the 3rd District Court of Appeals said on Tuesday.

The department also failed to properly analyze alternatives, such as renovating the existing building or choosing a design that minimized destruction.

“[We are] gratified that the court sided with the people of California today,” said Stephen Cook, an attorney for the coalition Save Our Capitol, in a statement. Opponents of the project contended that the renovations would irreparably damage historic trees in Capitol Park. Last year, the group sued multiple state agencies, including general services, finance and the Legislature’s Joint Committee on Rules.

The estimated $1.2 billion overhaul, approved by the Legislature in 2018, sought to demolish and rebuild the east side of the Capitol. It was part of Gov. Jerry Brown’s plan to modernize buildings in the downtown capital core. In preparation for the construction, lawmakers and the governor moved out of the historic annex just over a year ago to a modernized building across the street.

The project was scheduled to be completed by late 2025, but Tuesday’s court ruling likely means a delay.

Supporters of the renovation argued the building, which housed legislative offices, was outdated, dangerous, suffered from asbestos and mold and wasn’t accessible under the Americans with Disabilities Act. The plan also called for a new underground visitor’s center on the Capitol’s west side and a parking garage to the east.

At issue for the court was whether the project’s design had evolved too much from the draft environmental impact report, which was circulated to the public, to the final rendering.

The court ultimately ruled that the design had changed so significantly it “prevented the people from commenting on significant environmental effects on what is truly the people’s capitol,” the ruling read.

Legislative control of the project remains unclear with a new session underway and committee chairs not yet chosen. New leaders could take over the project since former Assemblyman Ken Cooley, who led the Joint Legislative Rules Committee and championed the renovation, lost his reelection bid.