Fungal toxins in the home can easily become airborne and be inhaled, says study 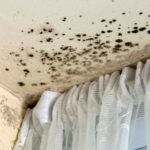 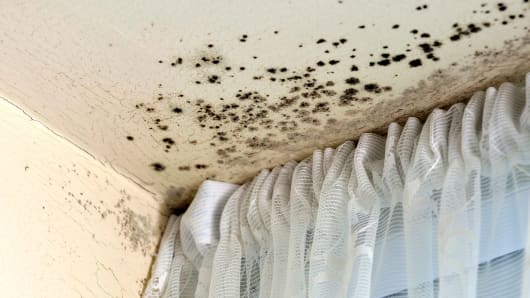 Toxins from household fungi can easily become airborne and cause health problems, a new study has found.

A group of researchers found that three types of fungus that can grow on ordinary household wallpaper can spread into the air. They said the effects of the airborne transmission on human health are understudied.

“We demonstrated that mycotoxins could be transferred from a moldy material to air, under conditions that may be encountered in buildings,” said study co-author Jean-Denis Bailly, a professor of food hygiene at the National Veterinary School of Toulouse in France, in a release. “Thus, mycotoxins can be inhaled and should be investigated as parameters of indoor air quality, especially in homes with visible fungal contamination.”

They published the results Friday in the American Society for Microbiology’s journal Applied and Environmental Microbiology.

The team created a flowing stream of air over a piece of wallpaper contaminated with the three fungi and analyzed samples of the air.

They found that some toxins were present on tiny particles of dust, that people or animals could easily inhale. They also found the different species sent different amounts of fungal toxins into the air, which might allow future researchers to prioritize efforts.

Very little research has been done on the effect of such toxins once they have been inhaled, the researchers said in the release.

Scientists have highlighted the dangers of indoor air pollution before. While much attention is focused on airborne pollutants from car emissions, factories and power plants, others such as household mold, chemical fumes and smoke can pose dangers within the home.

Bailly said energy efficiency efforts may even be exacerbating the problem, as houses are increasingly insulated to save on heating and cooling. These kinds of environments may worsen the development of fungus in moist areas, such as in bathrooms, or appliances that use water, like coffee makers.

“The presence of mycotoxins in indoors should be taken into consideration as an important parameter of air quality,” Bailly said.