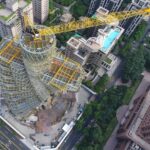 Belgian architect, Vincent Callebaut has released the latest images of Agora Garden Tower a sustainable building inspired by the shape of the double helix structure of DNA, which is currently under construction in the Xinyi District of Taipei. 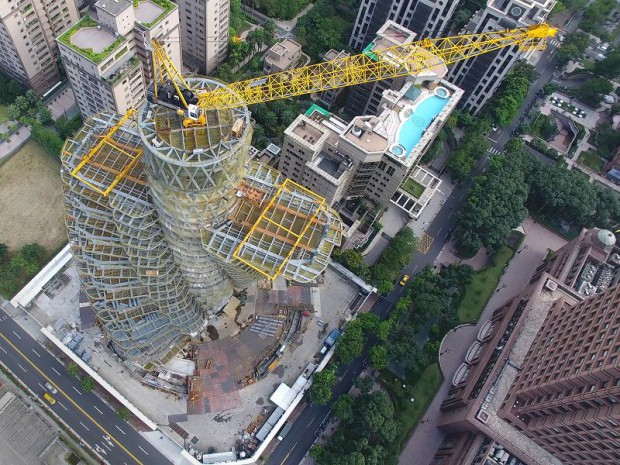 After his firm Vincent Callebaut Architectures was awarded the bid to create the building in 2010, Callebaut decided to erect a structure that was “like an inhabited tree,” that could create a green urban landmark for the city with a minimal carbon footprint.

Slated for a completion in September 2017, the tower will stand 20 stories tall with a 90 degree twist that is achieved with a 4.5 degree turn per floor as the building ascends. The beauty of this configuration is that occupants will have panoramic views of the skyline and a variety of internal arrangements to choose from, and privacy by avoiding direct visual axes. As for the outward appearance of the structure, it will take on a range of appearances when viewed from different angles. 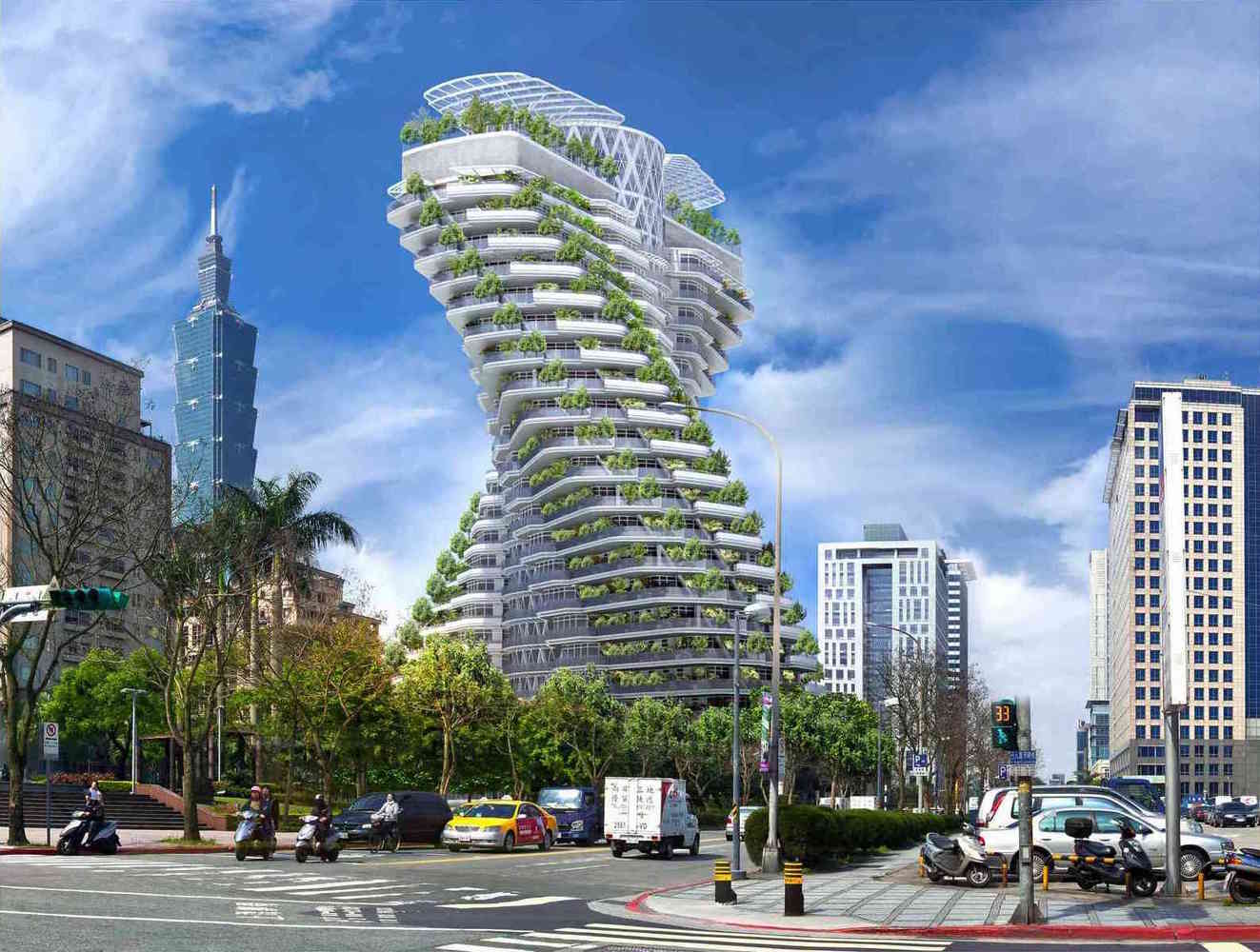 The building will be able to “breathe” with the planting of 23,000 trees on both the grounds and balconies, which will absorb 130 tons of CO2 each year, according to Callebaut’s firm. The cascading design allows for open air gardens and at two apartments per floor, there will be a total of 40 luxury apartments with a total floor space of 42,335 sp m (455,690 sq ft).

In order to achieve LEED Gold certification, a rainwater recycling system on the roof feeds the toilets, while a 1000 sq m (10,763 sq ft) solar array on the roof will reduce the building’s reliance on the city’s power grid. The core and each cascading level forms a network of water, air, heating, and electricity “flows” that maximize energy efficiency and while still allowing modification by the inhabitants.